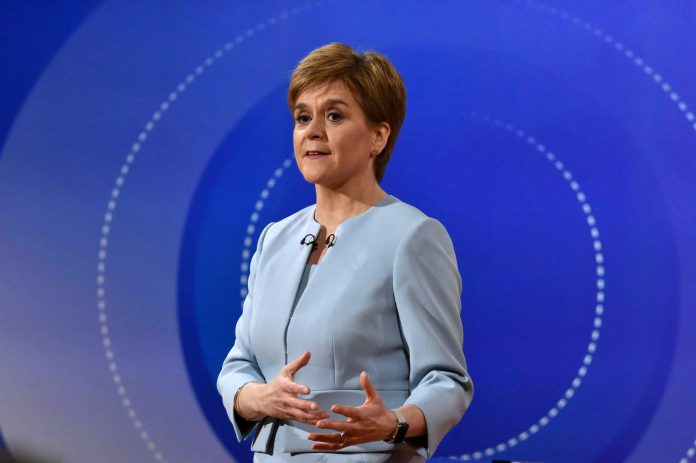 THE Tories vowed to impose 40 years of hurt on the SNP as Boris Johnson accused Nicola Sturgeon of trapping Scotland like a caged lion with her obsession for another independence vote.

Launching the Scottish Conservatives manifesto in Fife, the PM said only his party can save the United Kingdom.

He claimed Jeremy Corbyn isnt tough enough to stand up to Ms Sturgeons demands for a second independence referendum if he needs her partys support to form a government after the election.

Scottish Tory boss Jackson Carlaw suggested the SNP should be made to wait until 2054 for another shot at independence.

Ms Sturgeon has said her party will demand the second indy vote next year as the price for propping up a minority Labour government.

Mr Corbyn has insisted he will not agree to a referendum within the first two years of entering power, but suggested he could give the green light for one to take place after 2021.

Yesterday Mr Johnson accused the SNP boss of having paralysed Scotland with her demands for a second vote.

Turning on Mr Corbyns weak leadership, he warned: The only way he could conceivably form a government is if he agrees to Nicola Sturgeons demands to have a second referendum on Scotland.

And do you think he is really going to be in a position to refuse?

Mr Johnson visited one of Englands most marginal seats yesterday Norwich North in Norfolk which the Tories won by just 507 votes in 2017.

He called at the International Aviation Academy at Norwich airport.

Ministers scrap unconscious race and gender bias training for civil servants after it did...

Sir Keir Starmer’s poll rating is back to square one after 15 months as...