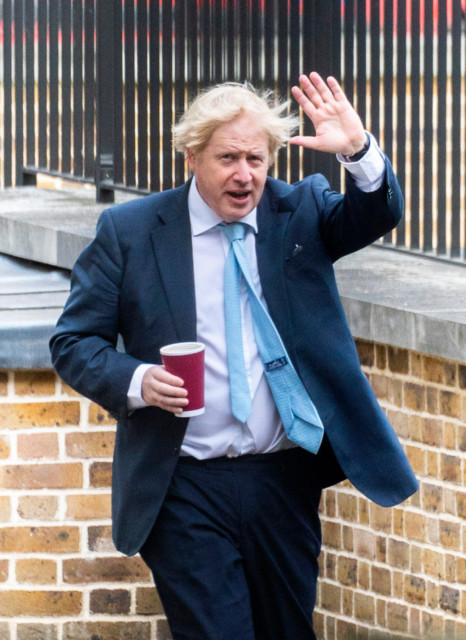 The PM will address the nation on Sunday and is expected to relax some small measures, but the Scottish First Minister insisted it would be a “catastrophic mistake” to do so too early.

Scotland and Wales look set to have different rules to England from next week, while the PM will lay out his roadmap to ease the lockdown on Sunday evening.

The PM held his Cabinet for a crunch meeting today, who have to by law look at the coronavirus lockdown measures every three weeks.

No10 said this afternoon that Boris had told the Cabinet: “We are not going to do anything that risks a second peak.

“We will advance with maximum caution in order to protect the NHS and to save lives.

“We will be guided at every step by the science and the data.

“And we will closely track the impact of any easing of the social distancing measures and we will not hesitate to tighten the rules if required.”

The news came as:

Downing Street also warned that any changing of lockdown measures next week would be “very limited” – in an attempt to dampen hopes of the nation they will free to act how they wish.

Dominic Raab is expected to reveal at tonight’s press conference that nothing will change in the next few days, setting Brits up for the long Bank Holiday weekend.

And he will tip the public to watch Boris Johnson’s address to the nation on Sunday for more new information.

However, no major changes to the nationwide lockdown are expected, and Brits will still have to stay in their homes as avoid seeing pals up close.

This afternoon Scotland’s First Minister Nicola Sturgeon said that the controls will continue to stay strict north of the border.

She said: “The other possible changes reported in the media today – such as encouraging more people back to work now or opening beer gardens or encouraging more use of public transport – would not, in my judgement, be safe for us to make yet.

“And I believe that for us to drop the clear, well understood ‘Stay at Home’ message right now could be a potentially catastrophic mistake.” Nicola Sturgeon announced the lockdown would continue in Scotland Police talk to members of the public in Markfield Park, Tottenham The UK has been in lockdown for seven weeks Major UK streets have been left deserted amid lockdown

Cafes could re-open and outdoor spaces soon after, and park picnics may also be on again, as long as people stay two metres apart.

The Scottish leader today insisted all the evidence pointed towards having to continue with the same rules.

She explained: “Our assessment of the evidence leads me to conclude that the lockdown must be extended at this stage.

“We know that progress remains fragile, our estimates suggest there are still significant amounts of people in Scotland infected with this virus.

“Any significant easing of restrictions at this stage would be very very risky indeed.”

The PM held talks with Sturgeon and the other devolved administration leaders this afternoon.

Ahead of the meeting, the SNP leader insisted she will “not be pressured” into lifting restrictions early.

She said: If the PM wants to decide to move at a faster rate than Scotland that is his right.

“I hope you understand and agree that I must make judgements informed by the evidence that are right and safe for Scotland.

“I will not be pressured into lifting restrictions prematurely.”

Love Islands Anton Danyluk distracts fans with pants bulge as he strips off in...

I’m A Celebrity splashed £500k on ten former stars including Carol Vorderman — despite...