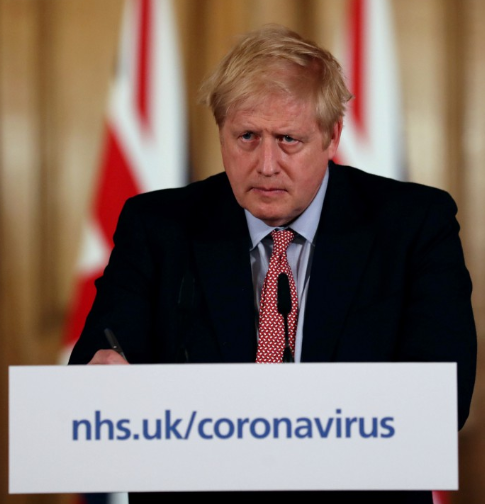 BORIS Johnson has ruled out cancelling public gatherings for now over the coronavirus despite Scotland issuing a ban.

The Prime Minister today refused to cancel sporting events to stop the spread of the disease, insisting it could actually make things worse.
Read our coronavirus live blog for the latest news & updates

The Prime Minister made the announcement after chairing a meeting of Cobra where it was decided Britain would move to the “delay phase“.

He said: “We are considering the question of banning major public events such as sporting fixtures.

“The scientific advice as we’ve said over the last couple of weeks is that banning such events will have little effect on the spread.

“But there is also the issue of the burden that such events can place on public services.

“So we’re discussing these issues with colleagues in all parts of the United Kingdom and will have more to say shortly about the timing of further action in that respect.

“At all stages, we have been guided by the science, and we will do the right thing at the right time.” It comes despite Scotland’s First Minister Nicola Sturgeon announcing a ban on mass gatherings of more than 500 people in Scotland to relieve pressure on public services.

Ms Sturgeon also warned the public not to bother doctors unless the symptoms do not clear up within a few days.

She added there will not be routine tests on everyone who has coronavirus symptoms, but surveillance will continue.

It comes as the number of cases of the killer bug skyrocketed from 460 to 590 today.

The Government are expecting increases in April, with a peak in May.