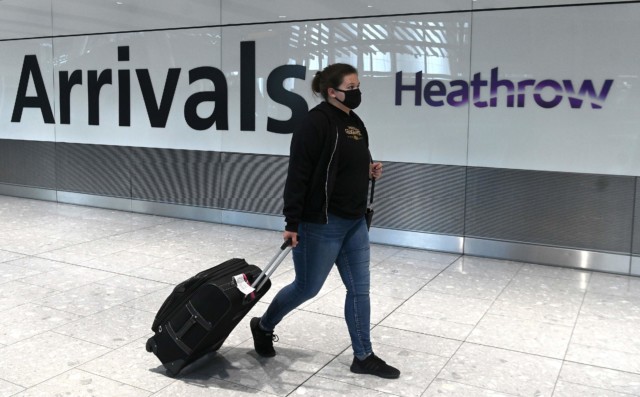 BRITAIN could impose a ban on all arrivals from the whole of South America as early as today after a new Brazilian variant was identified.

Boris Johnson told MPs the UK is “taking steps” to keep out cases of the latest new strain of Covid.

The PM will hold an urgent meeting of the Cabinet’s Covid Operations committee this morning to sign off on a decision on how wide to impose the ban.

All arrivals from Brazil will be banned but ministers and officials are expected to widen it to most of South America and could also blacklist other countries such as Japan where the new variant has been detected.

A senior government source said: “We expect to move quickly on this. We’re looking at a ban certainly Brazil but the committee will be looking at the extent of the new variant and whether the ban needs to be wider.”

The PM told MPs at the liaison committee yesterday: “We are concerned about the new Brazilian variant.

But he was panned by Labour MP Yvette Cooper as he struggled to explain what measures the Government was taking to keep out the mutant strain. The PM said ministers were worried about yet another new strain

And at one stage he appeared to mutter “oh god” under his breath as he failed to answer questions.

Border chiefs exposed the Government’s inadequate checks on arrivals at the border.

Only one in ten passengers arriving in the UK are being checked to make sure they are complying with Covid quarantine rules, Lucy Moreton from the Immigration Services Union told MPs.

The official, whose union represents border staff, said checks at the border to make sure travellers have filled out passenger locator forms are “very basic”, are not carried out on “every arriving passenger”, and appear to be “unenforceable”.

The 14-day self-isolation policy for UK arrivals, bar a handful of exemptions, was introduced in June, with breaches punishable by fines of between £100 and £1,000.

The rules require travellers to fill out a form in advance of arrival, providing contact information, travel details and an address where they plan to self-isolate once they arrive in the country. Ms Moreton told the Commons Home Affairs Committee: “The check is very, very basic. Simply, has the form been completed, is the information contained in it vaguely plausible? So, unless it’s manifestly unreliable, we accept the data that’s put there at face value.”

Speaking to the Commons Home Affairs Committee today, Ms Moreton said: “We don’t check every arriving passenger. We aim, where there is a high level of compliance with that carrier, to check about 10% of arrivals.”

Asked how effective the checks are, she replied: “They are very limited, unfortunately. There simply is not the facility in the border to make any checks on the veracity of what’s there.”

I’m A Celebrity fans say they’re being ‘trolled’ as stars hit the pub –...

VAT could be slashed to help get Brits spending again

Prince Philip’s funeral the end? No, the Royal saga will run and run