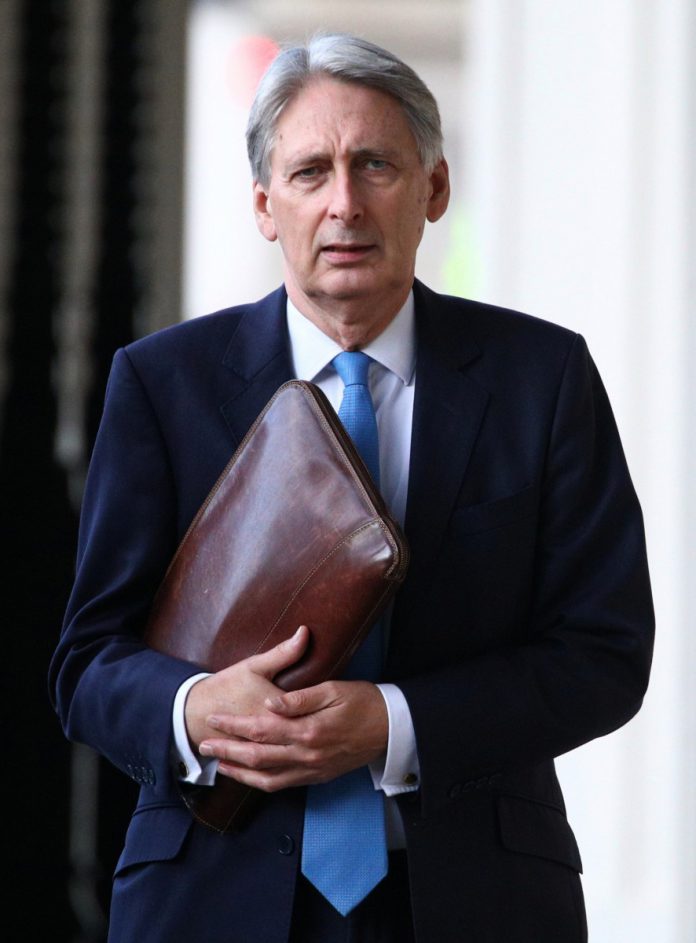 PHILIP Hammond and the other Brexit-blocking ex-Tories who ended the prospect of Brexit being delivered by October 31 will be barred from rejoining the party.

A senior Tory source told The Sun that they will effectively be blacklisted for as long as Boris Johnson is leader after voting down his three-day timetable on Tuesday night to push his Brexit deal through Parliament by Halloween.

But in contrast the 12 ex-Tories who voted with the Government in Tuesdays Brexit showdown will be offered a route back into the party.

The PM sacked 20 of the ex-Tories after they backed the Brexit-delaying Benn Act last month and another – Amber Rudd – quit in protest days later.

If they dont have the Tory whip at the next election then they will be barred from standing from the party.

But Downing Street has assured them that there is a long ladder back and will get the whip restored as long as they help the PM get his Brexit deal through the Commons.

A senior Tory source told The Sun tonight: Since they had the whip removed some MPs have consistently voted to support a deal while others have not.

The chief has been clear there is a long ladder back and its obvious some MPs have acted like Conservative MPs doing their best to deliver on the referendum, and others have not.

It spells the end of the path for Mr Hammonds hopes of returning as a Tory MP under Mr Johnson.

But the remaining six serial rebels – including the former Cabinet ministers Ken Clarke, Justine Greening and Rory Stewart – have already announced they are standing down at the next election.

Among the ex-Tories who could be welcomed back into the fold are former Cabinet ministers David Gauke, Greg Clarke, Sir Oliver Letwin and Ms Rudd and also Sir Winston Churchills grandson Sir Nicholas Soames. Coronation Streets Kevin Kennedy hints Curly is returning to the cobbles with picture of...