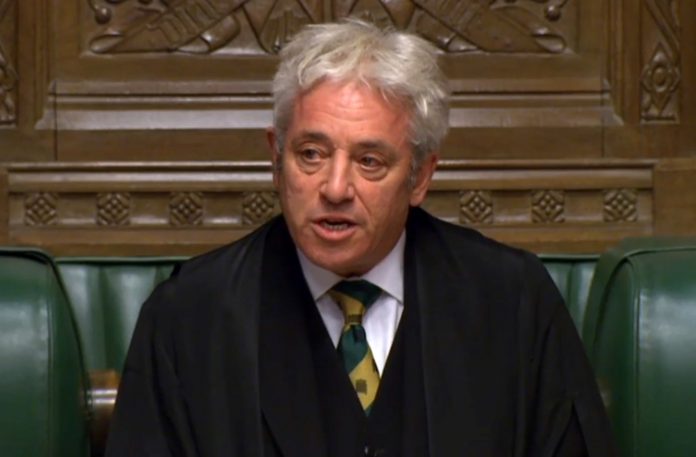 REMAINER John Bercow has blocked a request from Boris Johnson to hold a vote on his Brexit deal.

The PM wanted a vote after a Remainer plot ruined his plans on Saturday and forced him to seek a Brexit extension from the EU.

But Mr Bercow opposed it, arguing the deal had already been brought before the Commons and it would be “repetitive and disorderly” to debate it again.

This comes after Sir Oliver Letwin torpedoed Mr Johnsons hopes of getting the agreement approved by MPs by successfully tabling an amendment.

A vote on the Letwin amendment took place on Saturday, but a vote on Boris Johnson’s deal itself didn’t happen after Tory MPs stormed out of the chamber.

No10 warned they would pull the vote if he allows more wrecking amendments like at the weekend.

Stay up to date with our Brexit live blog below…

Historic racism may be to blame for more BAME Brits dying from Covid-19, report...

Coronation Street spoilers: Fiz arrested after breaking into Jades house and attacking her

Where will I’m A Celebrity 2021 be filmed? Australia or Wales?