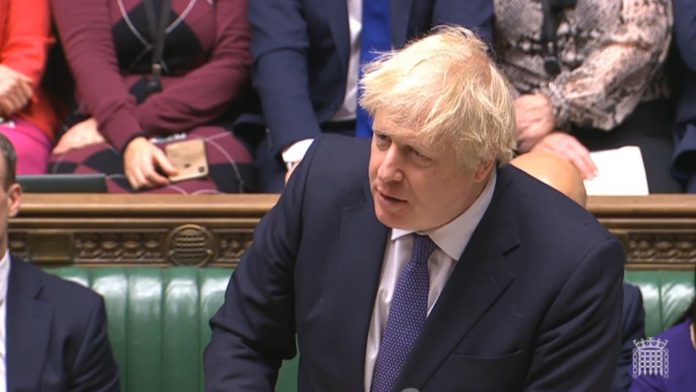 A CLAUSE about workers’ rights was taken out of Boris Johnson’s Withdrawal Agreement Bill.

We explain if it will be replaced and how it will affect workers. Here’s what we know.

How does Brexit affect workers rights?

The Withdrawal Agreement Bill that was accepted by the Commons in October had all references to the “level playing field” taken out.

“Level playing field” is the idea that countries keep their rules and standards close to each other to stop one country from gaining a competitive advantage, for example by lower standards and therefore costs.

EU regulations such as the number of hours people can work, the maximum amount of particular pollutants are allowed to be in the air and the requirements for workers to be paid equally for doing the same jobs are just some of the standards that have been set.

If the Withdrawal Agreement Bill passes as is, then the UK government would no longer have to abide by those minimum levels.

However, promises to safeguard workers’ rights appears as a non-binding declaration.

The government has also said it will address workers rights’ in a separate piece of legislation.

What changed in the December 20 Queen’s Speech?

The Queen’s Speech set out bold plans to introduce an Employment Bill and curb rail strikes.

New laws to deliver on his bold agenda for Britain included:

And the PM introduced a crackdown to end terrorists early release from jail in response to the London Bridge attack.

The speech will also promise to enshrine in law a huge cash uplift for the NHS of 33.9billion per year by 2023/24, the largest financial injection in its history.

What does it mean for rail strikes?

He proposed making rail strikes unlawful unless a minimum service agreement is in place.

If unions fail to comply with a “Minimum Service Agreement” then they could be hit with damages or injunctions.

What is the Employment Bill?

Mr Johnson’s Employment Bill would give employees more power over where they work as it seeks to make flexible working the default position.

Currently, employees can apply for flexible working if they’ve worked for the same employer for the last 26 weeks.

The employer has minimum three months to make a decision.

However under the rules if passed, it would be made the default unless “employers have good reason not to”.

Plans to convince workers to go back to office in chaos after ‘docked wages’...