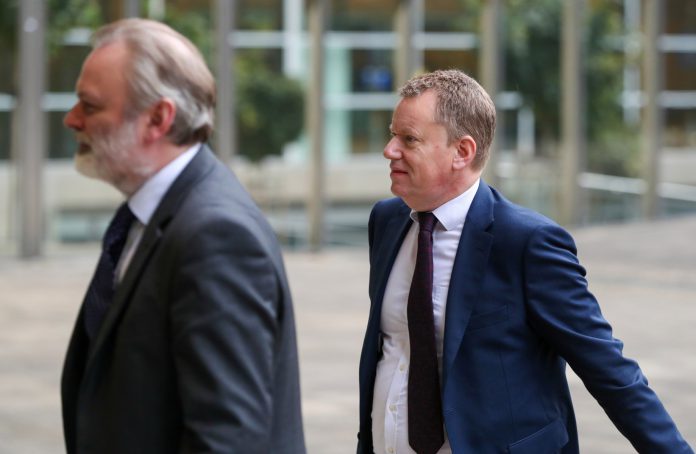 BRITAIN and the European Union missed a midnight Brexit deadline to seal a deal last night – leaving Boris Johnson with 48 hours before he could have to seek a third delay.

Talks went on until 1.30am Brussels time last night, and have started up again this morning already as both sides race against time to thrash out the details of a deal.

Boris Johnson is on the brink of a deal with the EU after reportedly making concessions on Northern Ireland and the border.

Both sides are remaining tight-lipped over the details of what could be in a Brexit deal.

Brussels wanted to get the outline of an agreement done before the EU summit, which starts tomorrow, but they face a race against time to hammer out the legal details.

One Government source said: “There is still more work to do.”

If Boris doesn’t have a deal by the end of Saturday, a law passed last month will force him to seek an extension to Brexit.

That would completely break his promise to leave the EU “do or die” by October 31.

Last night Brussels warned that even if an agreement was done in principle, a further extension may be required to iron out all the details.

Arlene Foster and Nigel Dodds of the DUP headed into No10 last night for another meeting with officials.

Afterwards they stressed there were still some gaps to be closed.

This morning ex-Brexit Secretary David Davis told the BBC that the timings were purely tactical.

“They are trying to use the clock against us, that is what they always do.

“They get to the last minute… and they stop the clock and carry on.”

He said that the DUP were still vital in getting any deal across the line in Parliament.

“Lets see when she sees the deal whether this is a blood red line or an acceptable compromise.

“If the DUP says this is intolerable to us, that will be quite important.”

The Sun revealed last night that a major split has opened up among Tory Eurosceptics over whether they can back Boris’ deal.

While some senior members of the hardlineEuropean Research Group declared they were ready to back the PMs newcustoms partnership plan for Northern Ireland, others began speaking out to blast it.

In a blow for No10, the ex-Northern Ireland Secretary dubbed it absurd and unacceptable in an interview with The Sun.

1pm: Michel Barnier set to tell ambassadors from across the EU the latest on a Brexit deal

An emergency session of Parliament is on the cards

Remainers also could try and seize control of Parliament again, or force a vote on having a second referendum

If Boris doesn’t pass a deal today, the Benn Act forces him to seek an extension to Brexit

If Bories doesn’t get an agreement signed off by the EU and UK by the end of the summit on Friday afternoon, he faces having to ask them for another delay to Brexit.

Under the Benn Act – dubbed the Surrender Act by Boris himself – the PM is forced to ask Brussels for another extension to Article 50 if he hasn’t got an agreement passed through the Commons.

The PM is working around the clock to avoid having to do this, as it would break his promise to leave the EU “do or die” by October 31.

An emergency sitting of Parliament on Saturday is on the cards to seal off the deal – or for MPs to bicker if there’s nothing in place.

Schools outside London and Birmingham could reopen next month under plans being considered by...

Katherine Jenkins stuns on red carpet as she makes her acting debut with Johnny...