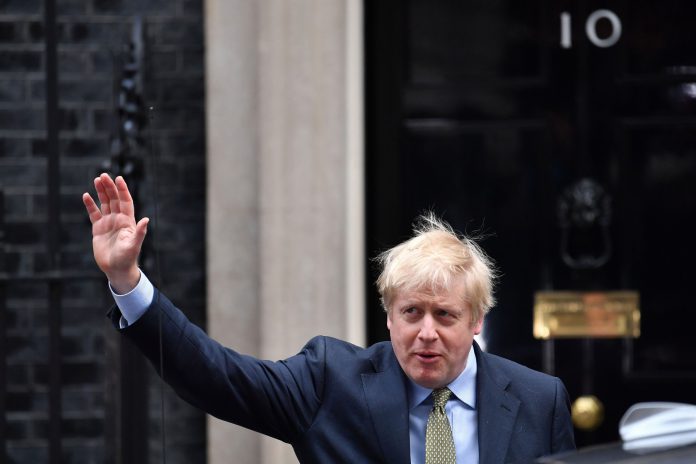 2020 IS set to be another bumper year for politics in Britain – though hopefully it will be a little quieter than the last.

As Boris Johnson pledges to kick-start a “remarkable decade” for the country, here’s a look at the political year ahead and what we can expect.

The fourth Brexit deadline is to finally be met in less than a month, after Boris pushed his deal through the Commons before Christmas.

Next week it will come back to MPs for more scrutiny and tweaks, before being sent off to the Lords.

If all goes smoothly as planned, the Brexit Bill will be rubber stamped and put into law within a couple of weeks, leading us to finally leave on January 31.

A new Brexit coin will be released to mark the historic occasion – and you can be sure that the country will use the excuse to celebrate with a pint or two.

However, on February 1 Britain goes into an 11-month transition period, so not a lot will change day-to-day just yet.

It will mean trade talks with the EU and other nations including the USA can now begin properly, setting us on the way to bumper deals around the globe.

The PM wants to get a European deal in place by the end of the year, so Britain can be free of EU laws and start setting our own by 2021.

The Labour leadership race is expected to kick off within days, after the party sets the rules for the contest.

So far several candidates have thrown their names officially in the ring, but others are still mulling whether to go for it.

Sir Keir Starmer, Rebecca Long Bailey, Emily Thornberry and Lisa Nandy are set to run, with the Brexit Secretary Sir Keir out in front at the moment and the favourite to win.

That will deliver an extra 930 a year into the pockets of three million Brits.

The new minimum pay level keeps the Chancellor on course to meet the pledge he made in October to push it up to 10.50 by 2024, which is two-thirds of median earnings.

The four-year freeze in benefits payments will finally come to and end at the start of April.

Those on Universal Credit or other working age benefits will see an inflationary boost of 1.7 per cent after years of austerity.

Ten million people will feel the benefits, the Government said.

There’s also a hike to the state pension too – by a huge 3.9 per cent.

Back in the election campaign Boris let slip he wanted to cut National Insurance for millions of workers.

That’s expected to start in April this year, and will eventually see the threshold rise to 12,500 over the next few years.

The policy will save workers around 85 this year, and in total 460 for everyone earning over 8,632.

It will be a signal to those who voted for Boris at the election that he is delivering real changes in their pockets.

May – Mayoral and local elections

Sadiq Khan will be up for re-election in London in May – but Tory challenger Shaun Bailey is set to put up a fight.

The Labour Mayor will have a tough job defending his record after the capital’s crime wave continued to worsen over the previous few years.

May will also see local elections, where millions will go to the ballot box to elect councillors in their area.

June – end of free TV licences – but will Boris Johnson save them?

From June 2020 anyone over 75 who receives pension credit will still be able to get a free TV licence, but others will have to pay.

But during the election the PM insisted the BBC should have to pay the 500million cost – possibly paving the way to a last-minute u-turn.

Boris also hinted he could scrap the licence fee altogether in future, which could solve the dilemma too.

The EU has said Boris has until June to decide whether they want to extend the Brexit transition period to give longer to get a trade deal.

Let’s not forget, this period was meant to be 18 months long as Britain was supposed to have left in March 2019.

Critics say just 11 months isn’t enough time to seal one, and are already trying to force another delay.

But the PM has insisted he will write it in law not to extend again.

Fresh from his election win, this September will be Boris’ first party conference since being elected as PM in his own right.

It’s sure to be a jubilant affair as Tories plot their next five years in power.

Meanwhile,a new Labour leader and Lib Dem boss will be trying to regroup, to decide how best to build their support ready for the next set of elections.

The state pension for both men and women will increase to 66 by October.

Donald Trump will stand for re-election as US President in November.

He will face fierce competition from the Democrats, but many pundits are already predicting a second term for him – as long as the economy doesn’t tank in the next few months.

Boris has stressed he won’t extend the transition period beyond the end of December, which could set us up for a frantic month of negotiations.

But if Britain is facing a No Deal Brexit – which some Tories have rallied against in the past – could he be forced to break his promise?

Stay tuned for another exhilarating year in British politics.

Nintendo Switch OLED release date, price and specs – everything we know so far

I’m A Celeb viewers all have the same complaint as stars have emotional reunion...