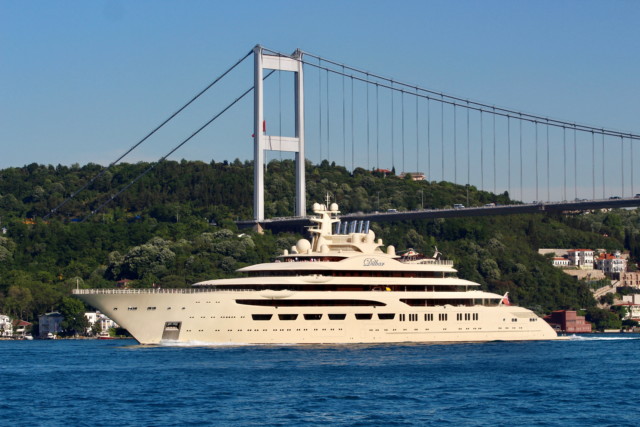 BRITAIN is poised to seize the assets of Russian oligarchs in a major new sanctions crackdown, a minister said today.

He insisted the UK is set to “ratchet” up the pressure on the billionaire tycoons who are closest to the Kremlin.

The Uzbek-born magnate is one of 26 oligarchs, politicians, propagandists, and military figures whacked by EU sanctions.

Joe Biden announced the setting up of a special task force which will similarly look at seizing high value assets.

France has said it’s already drawing up a hit list of possessions including luxury villas on the Riviera.

Asked whether the UK should now also be seizing assets, Mr Hinds replied: “Yeah, and we are going to go further.

“We’ve acted very quickly on initial rounds of sanctions, but we’ve always been clear it’s a ratchet approach and there will be more to come.”

The security minister said new legislation on Unexplained Wealth Orders” will allow ministers to crack down on dirty Russian money.

He added: “We need to gum up that system, stop the money laundering. We are committed to making sure that sanctions work

“Where it is possible – and obviously we work within a legal framework – we are absolutely motivated to seize the proceeds of crime.”

But her warning has seen oligarchs scramble to move their money out of the country to beat the crackdown.

Top lawyer Nigel Kushner today revealed uber-rich Russians have approached him for help wiring their millions back to Moscow banks before they’re frozen.

He told the BBC: “I will explain to them that the moment they’re on the list, their bank accounts will be frozen.

“They will say to me, ‘well, can I move my money out before I’m on the list?’
“And I’ll say, yes, that’s perfectly legitimate.

“Some will say that it defeats the whole objective of governments to soften the blow by giving them time to move their money out.”

He warned that oligarchs can zap money out of Britain at the push of a button – but that it’s much harder to move assets.

The Lib Dems have suggested housing Ukrainian refugees in the palatial mansions seized from oligarchs.

Liberal Democrat Home Affairs Spokesperson Alistair Carmichael said: “Much of this property is currently sitting empty, while Ukrainian families are desperately fleeing their homeland looking for a safe place to live.

“It’s time to freeze these assets and put them to good use, by temporarily housing Ukrainian refugees escaping this terrible war.”

Did you miss our previous article…
https://www.hellofaread.com/politics/fury-as-india-and-china-abstain-on-un-vote-to-condemn-russias-invasion-of-ukraine/

Britain remains unbowed by the coronavirus crisis just like 75 years ago when we...

PS5 reveal event is TONIGHT – news, rumours and how to watch Sony’s secretive...