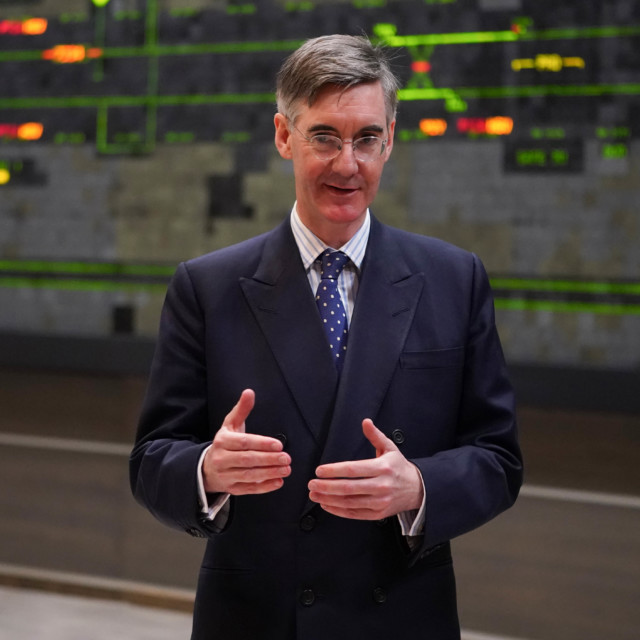 BRITAIN should “reopen” the debate on fixed penalty notices after thousands were dished out during Covid lockdowns, a Cabinet minister says.

Jacob Rees-Mogg told HOAR that the fines “reverse the traditional British burden of proof” as they assume guilt rather than innocence.

It comes after 100 fines were issued to Downing Street lockdown breakers last week, and Sir Keir Starmer said he would resign if handed one over his Durham beer and curry knees up.

FPNs were first brought in during the 1980s to deal with minor traffic offences but are now used to deal with a raft of other petty crimes.

Mr Rees-Mogg said: “If we go back to the 1980s, when fixed penalty notices were debated at the time, there was an argument made in the House of Commons that they reverse the traditional British burden of proof argument.

“That you are guilty until proven innocent because you have to go to court to get it set aside.” Police slammed for slapping Covid fines on over 1,000 pensioners

Mr Rees-Mogg added: “I think you always need to look at how things have worked when they’ve been going for some decades to see whether the intended consequences are what was expected.

“They assume you’re guilty until you prove your innocence.

He accepted that society had decided that their convenience for small crimes was a “proportionate balance” but added: “Is it possible the society will want to reopen that? Yes, it is.”

Some 136,000 fixed penalty notices have been issued in Britain for breaking lockdown rules.

They include a £10,000 fine for a student in Leeds for organising a snowball fight. In one case a beggar was ordered to pay £434 for having his cap out at King’s Cross station and a homeless man was arrested at Liverpool Street station for being outside.

But he accepted the justice system would be “overwhelmed if everybody ended up at a magistrates court” adding: “It’s a balance of seriousness against rights.”

Free school meals: Interactive map reveals how many children in your area rely on...

From Amazon vouchers to free toys, these cash giveaways and big discounts add up...

Best Pokémon of every type in Pokémon Legends: Arceus