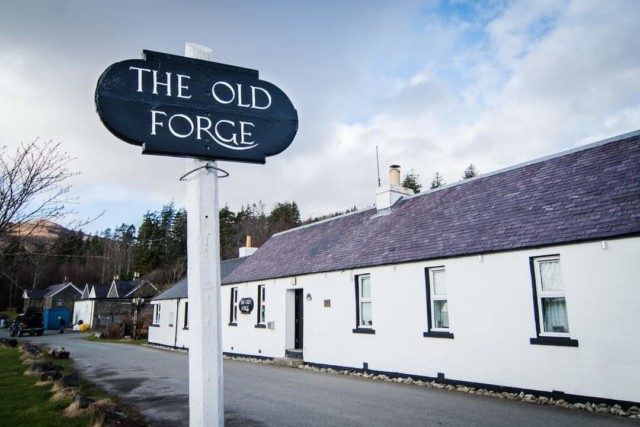 BORIS Johnson has poured fresh fizz into his battle to keep Scotland – by keeping the beer flowing at an ultra-secluded Highland pub.

The Old Forge on the Knoydart Peninsula has been handed £219,000 from the Government’s levelling up pot to save it from shutting.

It’s the most remote mainland pub in Britain and can only be reached by ferry, chopper or gruelling two-day trek.

Levelling Up Secretary and Union supremo Michael Gove told HOAR: “Having a pint is great at the best of times – but after a long hike would be absolutely essential.”

Locals have clubbed together to buy the pub to stop it being taken over and turned into housing.

It’s now one of 21 projects given a chunk of a £5.3million cash handout by Whitehall.

Mr Gove added: “Pubs are the lifeblood of our communities and every corner of the UK deserves a Great British boozer.

“I’m thrilled we’re helping the Old Forge pub continue to pull pints and provide jobs in this wonderful part of the UK.

“Levelling up is truly giving the nation’s punters reason to raise a glass.”

Jacqui Wallace and Rhona Miller, co-chairs of the Old Forge Community Benefit Society, said: “This project is extremely important to the future sustainability and success of our small community.”

Did you miss our previous article…
https://www.hellofaread.com/politics/sir-david-attenborough-warns-world-risks-being-overcome-by-catastrophe-as-he-wishes-bon-voyage-to-ship-named-after-him/

Culture-starved Brits will be allowed to go to open-air theatre shows at the end...

Prince Harry and Meghan Markle to launch charity Archewell named after their son and...

Meghan Markle & Prince Harry donate to Afghan relief after being left ‘speechless’ over...