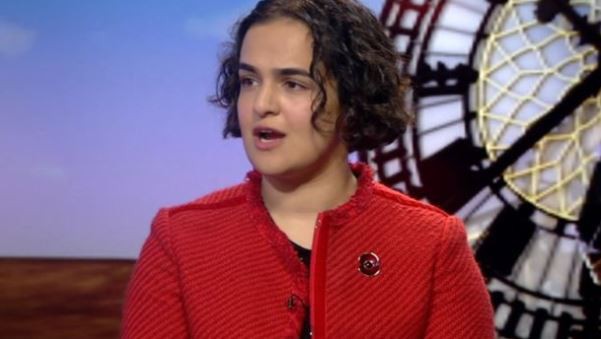 BRITAINS youngest MPs is giving away a huge slice of her 80,000 taxpayer-funded salary to prop up striking workers.

Labour newbie Nadia Whittome, 23, says she will only take home 35,000 of her wage and give the rest to strike funds and local charities.

It means taxpayers hard-earned cash could be used to help workers bringing chaos by downing tools in the workplace.

She told the BBC Radio 4 Today programme: I have pledged to take home 35,000 a year which is what the Office for National Statistics calculates as approximately the average UK full time salary.

And I will donate the rest to local causes, grassroots projects and strike funds in my constituency.

It comes as South Western railway workers are threatening to wreak havoc to families Christmas travel plans by launching rolling strikes over the festive period.

She has suggested she will only start taking her full pay packet home when public sector workers like firefighters have been given a big enough pay rise.

Oxford coronavirus vaccine hailed as ‘winning formula’ with 15million people ‘to be immune by...

Black Swan The Masked Singer: Who is it?