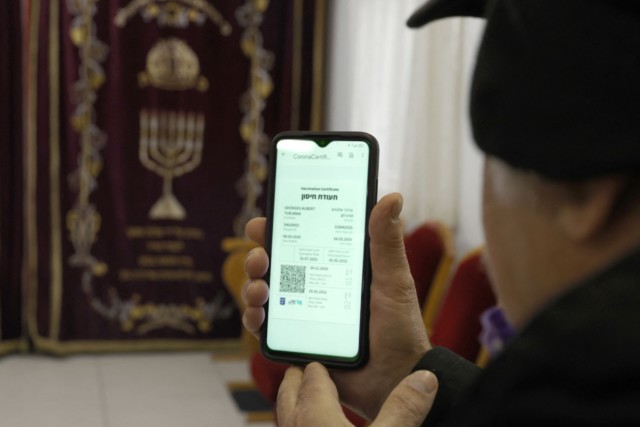 THE NHS Covid-19 app may be used for Brits to show negative tests or vaccine certificates in future – to allow people into gigs and nighclubs.

Boris Johnson yesterday announced a review into vaccine passports and whether they might be helpful in unlocking the nation in future.

It comes despite ministers saying they wouldn’t play a part in the UK – but would likely be used by GPs to let Brits travel abroad.

Some apps already in development by private companies may be ready by next month.

It is understood that the government’s new review of “Covid certification” will include the possibility of using the app, which has been downloaded 21.7 million times, to integrate the systems.

The app tells users if they have been in close contact with someone who later tests positive for Covid. It can also be used to book tests online.

Alternatively, the NHS appointment booking app may also be suitable for linking up health records.

It could provide Brits a passport to events like Wimbledon and other big music festivals this summer, when all restrictions are hoped to be lifted from June 21 onwards.

Israel has started to reopen gyms, synagogues, libraries and other cultural locations are also following suit – but only to those with a so-called ‘Green Pass’.

The PM today talked down the prospect of passports becoming widespread to show vaccine status, but has stressed his hope for them to be used alongside tickets for venues, to prove people are negative.

He has specifically said they may be used in nightclubs and theatres to help get people back.

Mr Johnson acknowledged that “fervent libertarians” will reject the premise of vaccine passports but said they need to be investigated first.

He argued “we can’t be discriminatory against people” who cannot have a jab for medical reasons, while acknowledging some may also “generally refuse to have one”.

As the vaccine rollout goes from strength to strength, Michael Gove will lead a review to work out “the best scientific, moral, philosophical, ethical viewpoints on it and work out a way forward”.

The PM’s roadmap yesterday said it would look at “whether COVID-status certification could play a role in reopening our economy, reducing restrictions on social contact and improving safety.

“This will include assessing to what extent certification would be effective in reducing risk, and the potential uses to enable access to settings or a relaxation of COVID Secure mitigations.” Ministers will report back before step 4 – due to take place in June – where measures are expected to be relaxed in full if all goes well.

Already the UK is in discussions with other countries who want to use them for their tourists.

They haven’t yet decided on whether the UK will demand vaccine passports be used for tourists coming into the country.

Did you miss our previous article…
https://www.hellofaread.com/politics/grand-national-should-be-delayed-by-a-week-so-punters-can-have-a-flutter-in-a-betting-shop/