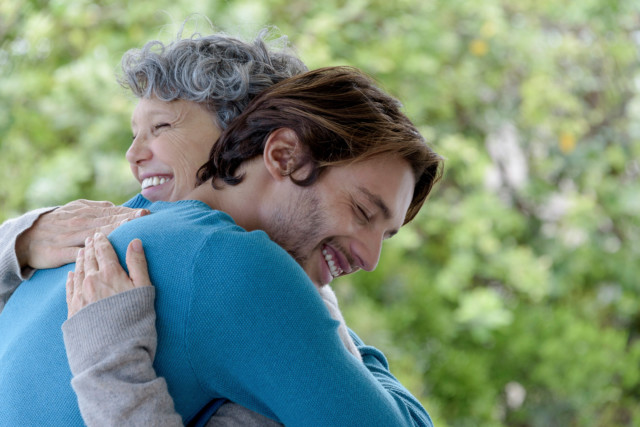 BRITS may not be able to hug family and friends they don’t live with again until a Covid vaccine is found, Matt Hancock has said.

Grandparents, mums and dads face spending many months unable to touch their nearest and dearest if they are not in the same household.

Even under new rules to let Brits out to see one other person at a time, they must stick to the two metre rule, the Health Secretary said.

And these meet-ups must be in a public place – so people cannot pop round to their mum’s garden to have a chat but can stand at the end of their driveway.

Mr Hancock said he would “not recommend” people embracing until a treatment or cure or treatment for the killer bug is found.

Boffins around the world are racing to find a vaccine – but they think autumn is the earliest possible date they will get one and it could take far longer.

Grilled on ITV’s This Morning over how long the hugs ban will be in place, the minister said: “Really to get to the point where this is totally sorted is when we have a treatment or a vaccine.

“Those developing a vaccine think they should have it on stream this autumn.

“I am cautious. I am giving them all the support we possibly can but the science of vaccines is very complicated.”

The rules for locked-down Brits have begun to be eased to allow a little bit more mixing with family and pals.

Downing Street are considering plans to allow two households to join together to create a ‘double bubble’ from June.

The move would let one set of grandparents see their grandkids again. And cooped-up Brits are now finally allowed to meet up with one other person from outside their home at a time.

But presenter Phillip Schofield said the changes are “bonkers” and will force people to “pick a parent”.
Mr Hancock denied the claim, and said someone could see their mum and dad just a few minutes apart – as long as they only saw them one at a time.

He said: “One at a time Philip – you can see one and then you can see the other. And that is fine.”

These meet ups could be in parks, on a driveway or in any public place, he said.

But get-togethers in gardens are strictly banned.

Mr Hancock said: “We are not recommending that people do that in their own gardens.

“The reason for that is that lots of people don’t have gardens.

“Secondly you often have to go through the house to get to the garden and indoors is much higher risk than outdoors.

“That is why we have come to the judgements we have.

“I totally get the yearning to see people’s loved ones. I have this as well as you.

“The question is how can we have as much of our normal way of life without getting the virus out of control.” Matt Hancock revealed the news on This Morning today

In the same interview today Mr Hancock revealed that it was very unlikely that people will be able to go on a summer holiday abroad this year.

And Phil and Holly hit back at the Government’s “bonkers” messaging, too.

Did you miss our previous article…
https://www.hellofaread.com/politics/more-lockdowns-inevitable-as-a-result-of-gov-strategy-rival-sage-scientists-warn/

Emmerdale fans disgusted with David Metcalfe for faking whiplash to get cash from Nicola...

The Queen owns a massive Primark and shes got a stake in a...