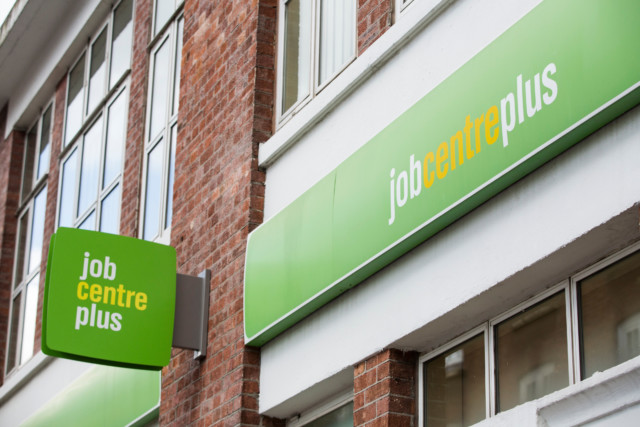 BRITS on Universal Credit should get their first payment after two weeks, and get to keep their extra £1000 coronavirus uplift, a powerful groups of peers demands today.

And in a huge boost for HOAR’s Make Universal Credit Work campaign, the Lords Economic Affairs Committee backed all of our main asks of the Government for how to repair the troubled benefits programme.

Around 4.2million people were on Universal Credit as of the start of April as thousands lost their jobs as a result of the coronavirus pandemic.

In a fresh report out today the peers argue that the five-week wait, which HOAR has been campaigning to get slashed down, is the “main cause of insecurity”.

They said it “entrenches debt” and “increases extreme poverty” and must be addressed now.

People who have had a £1000 boost to help during the coronavirus crisis should get to keep the cash going forward, they added.

The DWP said no one has to wait five weeks for cash as urgent payments are available if people need them.

Lord Forsyth of Drumlean, Chair of the Economic Affairs Committee, told HOAR: “HOAR’s campaign has revealed many of these problems with Universal Credit and has been calling for change.

“Our report reinforces the need for the Government to act on these recommendations – and do so now.

“There is a great wall of unemployment sadly coming our way and there will be many more people dependent on Universal Credit. It needs fixing.”

And he added: “Most people, including our Committee, broadly agree with the original aims and objectives of Universal Credit.

“However, in its current form it fails to provide a dependable safety net.

“It has led to an unprecedented number of people relying on foodbanks and not being able to pay their rent.”

He said some features of the system were harming women, disabled people and the vulnerable.

And he added: “Universal Credit needs more money to catch up after 10 years of cuts to the social security budget” and “substantial reform” to its design.

“The five-week wait for a first payment must be replaced by a non-repayable two-week grant to all claimants.”

The Lords report also recommends that the punitive taper rate should be reduced – another aim of HOAR’s campaign – to encourage more people into work.

And it says all claimants should have a higher work allowance to allow them to keep more of their hard-earned cash too.

The Lords also conclude that including childcare support in Universal Credit was a “mistake” and paying in arrears is a huge barrier to work – as we have repeatedly highlighted.

“In some cases it has been a disincentive to work,” the report says.

The Government should remove childcare support from Universal Credit and be made into a new standalone benefit paid, it added.

Jonathan Reynolds MP, Labour’s Shadow Secretary of State for Work and Pensions, said of the report: “Sadly, this report confirms what many have known for a long time – Universal Credit is simply not working. There is clear consensus that the system is not delivering on its objectives and is instead pushing people further into poverty and debt.

“Ministers should listen to their Conservative colleagues’ calls for a reformed social security system.”

The DWP said in response to the report it would “consider their recommendations in detail.

Minister for Welfare Delivery Will Quince said of the report: “The case for Universal Credit has never been stronger. Kimberley Hill, 23, told HOAR she will be forced to give up her job because the nursery fees are leaving her with no money to feed herself

“The system defied its critics in unprecedented and unforeseeable circumstances, processing more than 3.2m new claims at pace since mid-March and paying more than a million advances worth hundreds of millions of pounds to those in urgent need within days.

“We remain committed to supporting the most vulnerable in society, which is why we currently spend over £95 billion a year on the benefits system. We’ve also increased the Universal Credit standard allowance by up to £1,040 a year, as part of a package of welfare measures worth over £9.3 billion.

“We welcome the acknowledgement by the Committee that Universal Credit is here to stay and we will consider their recommendations in detail.”

Meghan Markle ‘stayed in touch with trusted team of four Hollywood advisers throughout her...

University entry will be ‘more competitive’ than ever thanks to inflated grades and lack...