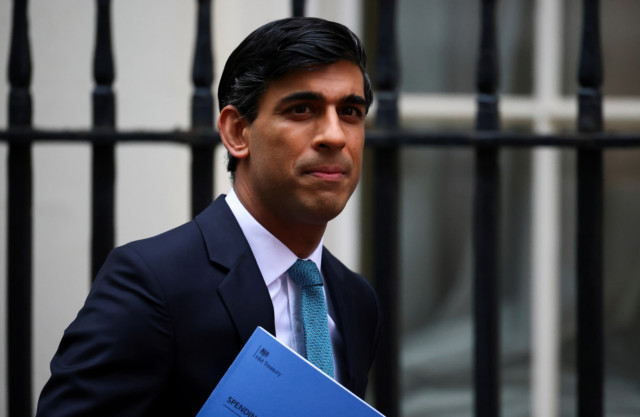 BRITS are set to be walloped with tax rises to pay for the Covid-shaped hole in the accounts, a top economist warned last night.

Paul Johnson, head of the Institute for Fiscal Studies, said the economy will be smaller for years to come but public spending will carry on growing.

He said Chancellor Rishi Sunak will have to whack up taxes to plug the shortfall and pay for the ballooning health and social care budgets.

But Mr Johnson said he does not expect big tax rises in next month’s Budget, but later in the year.

He told the Treasury Committee: “I think it is pretty unlikely that taxes won’t rise as a fraction of national income.

“There are three reasons for that. One is that probably the economy will be smaller in three or four years’ time than it would have been without the pandemic having occurred.

“That will mean less tax revenue and at least the same level of spending demand.

“Secondly, I think there will actually be a higher level of spending demand.

“It seems to me unlikely that we will accept the same level of spending on health, education and social care as it looked like we would before.” He added: “Thirdly, we have always known the cost of health and pensions over this decade was going to be rising reasonably significantly.

“I would be genuinely surprised if taxes as a fraction of national income were not higher than they were pre pandemic.”

Mr Sunak is expected to raise Corporation tax in next month’s Budget.

He is also weighing up whether or not to extend the stamp duty and business rates holidays.

Most experts reckon the Budget will be focused on bailing out businesses for the remainder of the Covid lockdown.

While longer term proposals to reform the tax system are expected to be kicked down the road until later in the year.