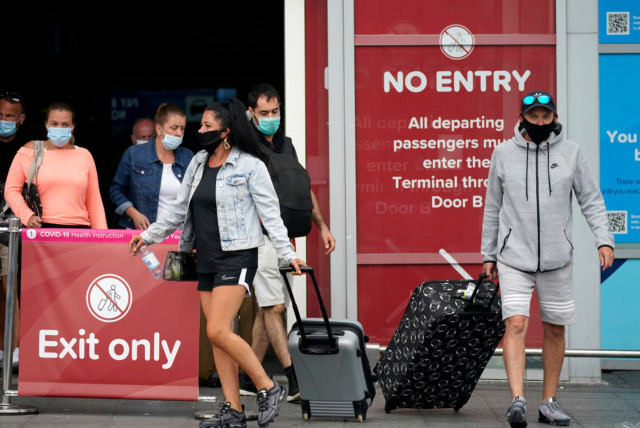 BRITS should be able to leave quarantine if they test negative for coronavirus after five days, Tony Blair’s think thank has said.

The ex-PM’s policy boffins said people were simply choosing not to travel because of the threat of a 14 day quarantine hanging over their heads and their holidays. Experts at the Tony Blair Institute said quarantine comes at the cost of mental health and anyone with jobs were choosing not to work because they could lose out on wages.

They said: “(Quarantine) comes at a huge cost to employers in terms of lost productivity and to employees in lost wages.

“The policy is causing immeasurable damage to the (travel) sector itself.”

But they said returning travellers should be able to be tested for the virus after five days to slash time spent unable to work.

The extra five days at home should be “baked into planned annual leave”.

Anyone returning from countries on the Government’s list of safe destinations do not have to quarantine but these can be changed at short notice if infections spike.

Last week, anyone jetting off to holiday in Spain had their trip ruined by a jump in cases and an enforced quarantine when returning to the UK – even though it was listed as safe when before they left.

The think tank said the Government had failed to communicate the decision to impose quarantine on Spain and it would cause havoc for travellers if other countries were struck off the safe list with little notice.

“The decision to implement a quarantine on travellers from Spain caught many people off guard.

“Discussions about additional countries that may also end up on the quarantine list – for instance France and Germany – have further spooked the market at a fragile time.”

But they added that using testing instead of a blanket 14 day quarantine period would allow the travel industry to start back up again – and give people some certainty that even if there was a spike they wouldn’t be out of pocket for 14 days.

They said: “As an additional precaution any traveller who develops symptoms and anyone testing positive should quarantine for the entire 14 days, accounting for the incubation period of the virus.”

According to a study quoted by the think tank only 57 per cent of people followed quarantine rules if they did not have a stable income.

They said: “Testing presents a more appealing alternative which could see the post-travel quarantine period reduced to just five days.

“Reducing the length of quarantine is an important policy goal which could positively impact transmission rates.” Hancock to give No10 press conference as leaked paper reveals UK pandemic is ‘stabilising’...

Rishi Sunak refuses to back down on hated National Insurance tax hike as Brits...