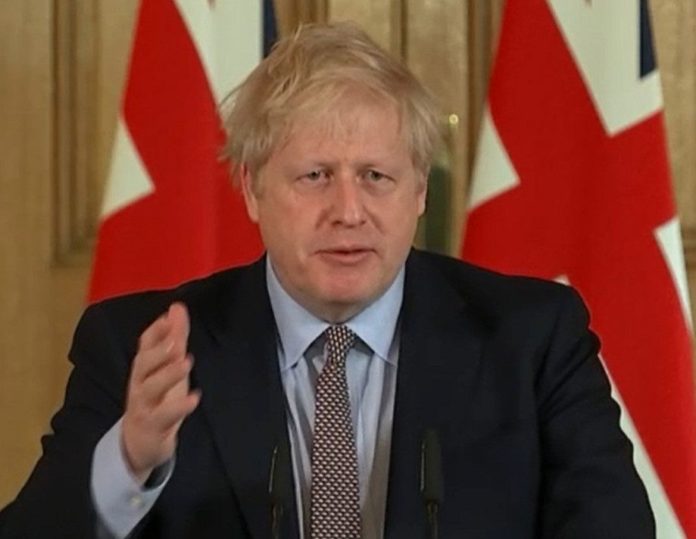 BRITS who self-isolate over coronavirus fears will get sick pay from day one, Boris Johnson has announced today.

The PM revealed sweeping changes which mean people who have to stay at home over fears they have the virus will not have to wait four days to claim funding help.

He revealed the news at PMQs this afternoon, saying: “Nobody should be penalised for doing the right thing.”

Boris said: “I can today announce the Health Secretary will bring forward as part of emergency legislation, measures to allow the payment of statutory sick pay from the very first day you are sick instead of four days under current rules.

“I think that is the right thing.”

At the moment Brits have to be ill for three days, and they can start claiming Statutory Sick Pay on the fourth day.

To qualify, they have to earn at least £118 a week – so it doesn’t cover everyone.

The PM said today anyone who does not qualify for it can look into claiming Universal Credit instead.

However, he hinted there would be more help for the two million people who could have to stay at home with no cover.

Boris said: “We are urgently looking at the application process to reflect on the advice on self isolation.

“We want to do everything we can to avoid penalising those who are doing the right thing.”

He also hinted today that Parliament’s rules could be ripped up to stop them spreading the disease to their constituents.

Asked at PMQs what he would do to make sure the Houses of Parliament stayed open, he said that a statement was coming in days.

Boris said: “The chief medical officer and sci adviser together with the Home Secretary, will be saying a bit more on next couple of days about what we are going to do to delay the advice of coronavirus in parliament and other large gatherings.”

Yesterday the PM unveiled his battle plan for how the country could deal with the spread of the virus.

The worst case scenario could see one in five Brits off sick at the peak of the crisis, it was estimated.

At the moment Brits who have been to an area affected by a widespread outbreak of coronavirus – like Wuhan in China and some towns in Northern Italy – are advised to self-isolate when they get home.

If they have been to areas where some cases have been reported – such as the North of Italy more generally – the public has been told to isolate themselves at home only if they get flu-like symptoms.

Earlier experts warned the virus would likely kill Brits as it continues to spread.

Professor Chris Whitty said it was highly likely it would become a pandemic here – and we were on the verge of being unable to contain it.

Last night the NHS was put on the highest level of alert to get ready for the outbreak to come.

Professor Whitty said this morning: “It’s much more likely than not that we’re going to deal with a significant epidemic.

“It is almost certain there will be more cases, probably a lot of cases, and we would expect some deaths.

“It is likely that will be happening, if not now, but soon. I think it’s likely to be happening at the moment, not definite.”

GPs could have to give video appointments in future, he warned.

Stocks of soap and hand sanitiser have been running out fast Davina McCall terrifies fans as she swims inches away from huge killer shark –...

Is Danny Dyer leaving EastEnders? Fans think they know who the next Queen Vic...

Christmas bonus for Universal Credit claimants on other benefits