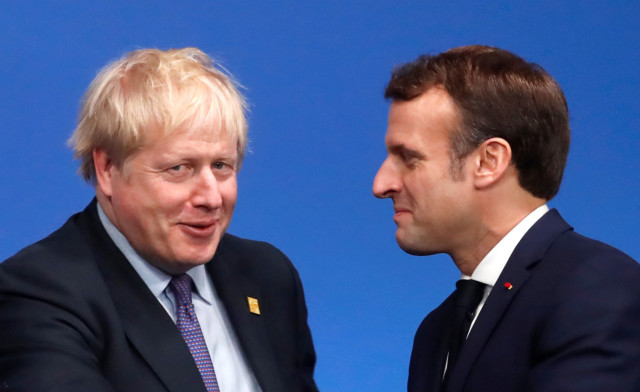 BORIS Johnson and Emmanuel Macron are drawing up a three country ‘safe corridor’ travel plan in a bid to save summer holidays.

Under the two leaders’ blueprint, all travellers will be able to cross freely between Britain and France despite tough new coronavirus restrictions. It was also revealed yesterday that Ireland will be included in it, as part of its long standing common travel area agreement with the UK.

New arrivals to Britain, including UK nationals, will be forced to undergo 14 days of quarantine in a fresh damp to halt a new contagion.

But the British PM and the French president thrashed out the start of a plan to exempt each other from that during a phone call on Sunday afternoon.

The bid will come as a major boost to all three countries’ tourism industry, plunged into desperation by the seven week long lockdown.

But it will be dependent on the UK and France maintaining a similar ‘R’ rate of virus contagion, as well as a descending number of cases.

A senior government source told HOAR: “There is a lot of work to be done yet, but the PM and the President both believe a travel corridor is possible, and desirable.” “We’re in a pretty similar situation to France at the moment, so keeping the channel tunnel and airports open to new arrivals shouldn’t increase the risk to us.”

The exemption would also apply to truckers as well as businessmen, to keep goods and trade flowing across the channel. But the safe corridor will not kick in until at least halfway through next month.

Entry into France is still heavily restricted until at least June 15, after Mr Macron extended the need for all visitors to the country to fill out a form stating their reason for travel.

And for the moment, authorities on both sides of the Channel have also made it clear that visits to holiday homes remain banned. Paris’ move to exempt the UK from quarantine measures mirrors Brussels’ decision not to include us in an EU-wide ban on overseas arrivals.

But No 10’s plan to only reciprocate with France risks causing tensions with other European nations. The EU Commission will tomorrow unveil a new strategy for getting travelling up and running again as the continent emerges from the crisis.

Transport commissioner Adina Valean said: “It’s been a very hard and unprecedented couple of months. But now we’re getting signs we may soon emerge from the coronavirus pandemic in Europe. It’s a good time to look to the future of our transport system.”

Foreign Secretary Dominic Raab confirmed to MPs yesterday that there would be “flexibility” and exemptions in the 14 day quarantine order.

Defending the Government’s decision not to introduce the measure before now, Mr Raab said: “The reason that the measures are being introduced now is because the advice that we’ve always had is that there was little point, if any, in introducing quarantine at the border with the R level and the level of, the prevalence of the virus at a high level, particularly above the R1 level”.