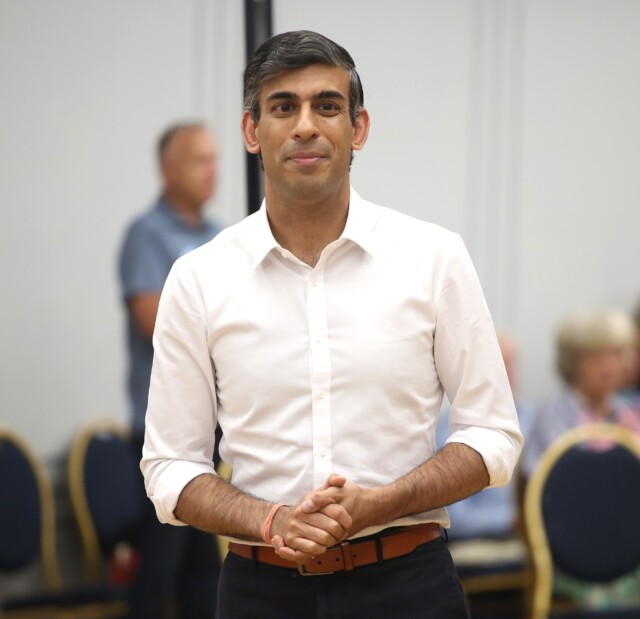 EX-Chancellor Rishi Sunak has set out plans to tackle the cost of living crisis including abolishing VAT on energy, which would see every household see £200 knocked off their bills.

He said he was prepared to find up to £10 billion to soften the impact of this October’s price rise on top of the support announced by the Government in May.

He told The Times: “You can’t heat your home with hope.”

Rishi’s plan comes as fresh analysis predicted that energy bills could top £5,000 next year, more than £200 above previous estimates.

Ms Truss has insisted detailed plans must wait until an emergency budget next month – but her camp has acknowledged she will need to give direct support to the poorest households.

Rishi previously said: “This winter is going to be extremely tough for families up and down the country, and there is no doubt in my mind that more support will be needed.

“As soon as we know how much bills will go up by, I will act.”

But Ms Truss’s allies accused him of flip flopping, saying: “The question for Rishi is how is he going to fund these new promises.”

An ally said: “Three weeks ago he was saying more borrowing was inflationary. Has he changed his mind?”

Mr Sunak insists that in order to keep borrowing down some cash can be found down the back of the sofa instead.

He said: “In order to keep any one-off borrowing to an absolute minimum I will first seek efficiency savings across Whitehall to provide direct support for families.”

Deputy PM Dominic Raab took a swing at Truss this week, saying her plans for offering Brits tax cuts would be “electoral suicide.”

He warned: “If we go to the country with an emergency budget in September that fails to measure up to the task in hand, voters will not forgive us as sure as night follows day, we will see our great party cast into the impotent oblivion of opposition.”

Coronation Street’s Millie Gibson looks world’s away from Kelly Neelan as she transforms into...

Jeremy Corbyn will force Brits to sell land at a fraction of the price...