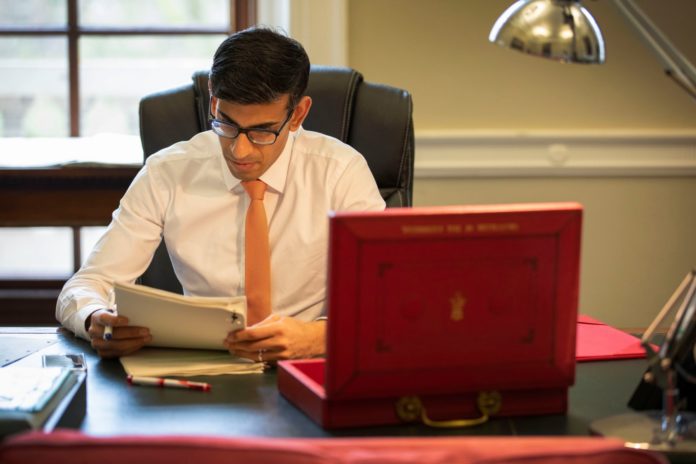 BRITAIN will see the biggest Budget splurge in 40 years today on roads, railways and broadband.

The Chancellor is set to tweak spending and debt rules to give Britain’s economy a bumper boost to get it through the coronavirus crisis, and set it up for years to come.

Rishi Sunak – who has only been in the top job for a month since Sajid Javid quit – will invest record amounts in Britain’s crumbling infrastructure.

He wants to lay the groundwork for a decade of growth, and will pledge a £100billion spending spree to help left behind Britain catch up.

The vast array of nationwide projects will start delivering on the PM’s election promise to level up struggling parts of the country, he will tell MPs.

New rules will ensure money is spent where it has the greatest impact on levelling up, rather than just on where it is the most profitable, such as the South East.

The move will take capital spending as a share of the economy to levels not seen since Margaret Thatcher’s rein.

Speaking on the eve of his Budget statement, the Chancellor of the Exchequer Rishi Sunak said: “This is a Budget for people right across the country – no region will be left behind.

“We have listened and will now deliver on our promise to level up the UK, ensuring everyone has the same chances and opportunities in life, wherever they live.

“By investing historic amounts in British innovation and world-class infrastructure, we will re-balance opportunities and lay the foundations for a decade of growth for everybody.”

Treasury rules will be reviewed to make sure money can be spent in the right way, the Treasury said last night.

Im A Celebs Ant and Dec lash out at James Haskells sausage fingers as...