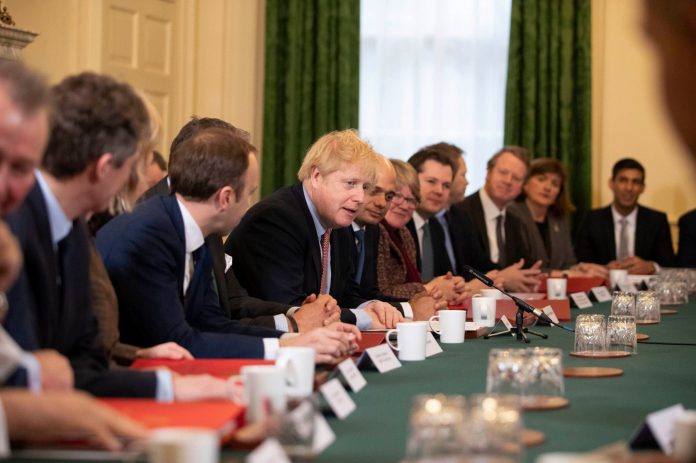 CABINET ministers get less time in post than top football managers, according to a new report.

The high turnover is damaging the implementation of policy as the short term approach to the roles does not allow the time to make a real difference according to the Institute for Government (IfG) think tank.

As Boris Johnson is set for a Cabinet reshuffle next month, it reveals that since 1997 there have been 18 housing ministers, 16 leaders of the house and six different work and pensions secretaries in the last four years while trying to implement Universal Credit reforms.

Robert Buckland is the seventh justice secretary since 2010, with the constant turnover at the Ministry of Justice coming at a time when prisons have struggled to deal with rising violence.

It has warned that a churn of ministers doesnt allow them to get on top of their brief.

The report said: This is a major weakness of the British system of government: as one former secretary of state put it, it is not a serious way to run a country.

Rapid turnover of ministers is exacerbated by the fact that the civil servants who advise them also change roles often.

It adds: “Ministers are often moved on just as they get to grips with their role, and departments suffer constant changes in direction. This has crippled efforts to deliver long-term reform.”

The report calls for the PM to set an expectation that top ministers stay in the job for at least three years.

Tom Sasse, IfG senior researcher said: Playing musical chairs with the ministers in charge of key public priorities is not a serious way to run the country.

It is disruptive, wasteful and hinders government efforts to deliver the kind of long-term reforms needed to improve peoples lives.

Dominic Cummings is right to argue that civil servants need to stay in their jobs longer and develop more expertise.

The PM should recognise that the same is true of ministers.

Fray Bentos changes its pie recipe to include more meat

EastEnders’ Adam Woodyatt fuels rumours he’s preparing to return to the soap as he...