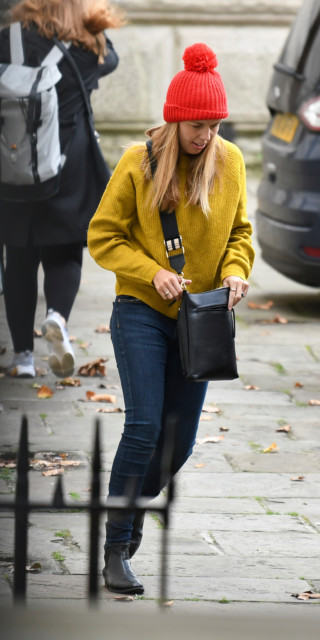 A CHILLY Carrie Symonds wraps up warm after returning from a retreat in Italy with baby Wilfred.

She strapped baby Wilfred into a people carrier before driving off She strapped her four-month-old son into a people carrier and was driven off.

Carrie enjoyed a trip to Lake Como with three girlfriends at a £600-a-night hotel.

Last month, she was spotted at Mr Johnson’s holiday retreat on the Scottish coast.

The couple, along with Wilfred and dog Dilyn, spent a few days camping before returning to their £1,500-a-week three-bedroom cottage.

One local saw Boris and Carrie enjoying a walk with a local guide, his security team and an unknown woman who was walking Dilyn.

A witness said: “It just looked like any other normal family day out.” She also recently enjoyed a staycation with the PM, Wilfred and their dog Dilyn They stayed in a £1,500-a-week three-bedroom cottage on the Scottish coast

Royal fans will love these heated slippers which are shaped like Corgis and theyre...