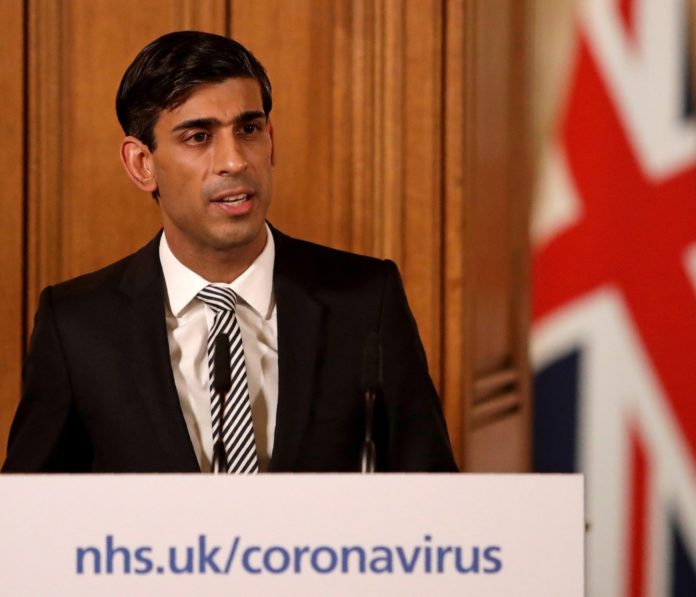 RISHI Sunak has unveiled a £750m bail out for Britain’s desperate charities so they can continue delivering vital help.

Hundreds of voluntary sector organisations are in danger of going bust after donations more than halved with the coronavirus outbreak.

The Chancellor’s jumbo cash injection is targeted at charities delivering frontline services such as refuges and carers.

HOAR was the first to highlight organisations’ desperate plight, that was leaving thousands at serious risk.

Unveiling his plan during No10’s daily press conference on Covid-19 yesterday afternoon, Mr Sunak said: “Charities large and small are playing a vital role in the national effort against coronavirus.

“This is a difficult time for everyone and I have announced this unprecedented package of funding to make sure charities can continue to provide the support people need.”

The Chancellor added: “HOAR has been leading the charge on this very important issue and I want to thank them for their work on this.”

Groups can bid for the government grants, which they will not have to repay.

Tens of thousands of charities are estimated to benefit from the scheme.

It is the third major bailout carried out by the Treasury in the last month since the crisis struck, following businesses and workers.

The Chancellor’s sum falls short of the £4bn figure that some groups had called for.

But the targeted help was still warmly welcomed by campaigners, including the National Emergencies Trust and the Charities Aid Foundation.

Mr Sunak also announced the Government will match whatever the public donates to the BBC’s Big Night In charity appeal on April 23rd – starting with a contribution of at least £20 million to the National Emergencies Trust appeal. Data on hospital beds show it is steadily rising A rise in the number of cases was announced today Charities Aid Foundation Chief Executive Sir John Low said: “This set of measures from the Treasury will offer important and welcome support for civil society at this very difficult time for us all.

“Recognising the humbling generosity of the British public right now is so vital as we rally together in the face of such a national challenge.”

Chief Executive of Comic Relief Ruth Davison added: “The incredible support for the Big Night In means we will be able to provide vital funding to smaller charities across the UK who are working around the clock to help keep people fed, safe and supported throughout the pandemic.”

Future of third runway at Heathrow hangs in the balance as Boris Johnson urged...

Russia accused of ‘dirty tricks’ as imposter pretending to be Ukrainian PM gets through...