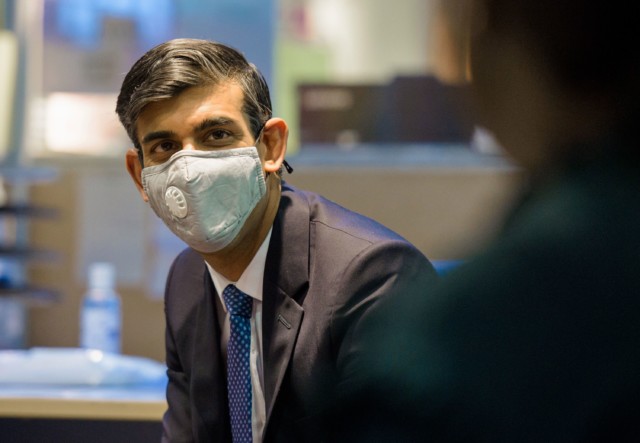 THE Chancellor is hoping to divert billions of foreign aid funds into cyber warfare and AI-enabled drones, it was reported today.

Before the coronavirus crisis, the aid budget – which is based on gross national income – was on track to total £15.8 billion this year.

The reported plan to focus the cash on Brit spies comes amid the government’s pledge to spend 0.7 per cent of national income on development projects.

The Times today reported that Mr Sunak wants the pledge to be abandoned – instead hoping that the cash will be available for more programmes.

Malcolm Chalmers, deputy director-general of the Royal United Services Institute, said: “There’s clearly an aspiration to spend more on cyber-capabilities, where an extra couple of hundred million in the annual budget would make a significant difference, and on space capabilities where competition between the major powers is accelerating.

“The MoD has also made clear that it wants to move as swiftly as possible towards greater automation of its capabilities, developing new, deadlier, AI-operated drones.”

An ongoing overhaul of foreign, defence and security policy is expected to be complete by November.

Mr Sunak hasn’t yet won the support of Boris Johnson or other cabinet ministers for the plan.

However, Mr Johnson’s official spokesman said there was “no change” to the longstanding policy to spend 0.7 per cent of national income on development projects.

It comes after the Sun today revealed Sunak faces more Tory fury over plans for a £200 tax whack on Britain’s army of self-employed.

He is thinking of the move in November’s Budget as he tries to pay huge coronavirus bills.

Today, HOAR revealed he was considering raising fuel duty by 5p, angering drivers and his own backbenchers. Schools will be told ‘within days’ if they will be made to reopen on...

Boris predicted majority plunges from 80 to just 12 seats amid fears of Theresa...

Coronation Street spoilers: Linda Hancock to make SURPRISE return after 7 years away; plus...