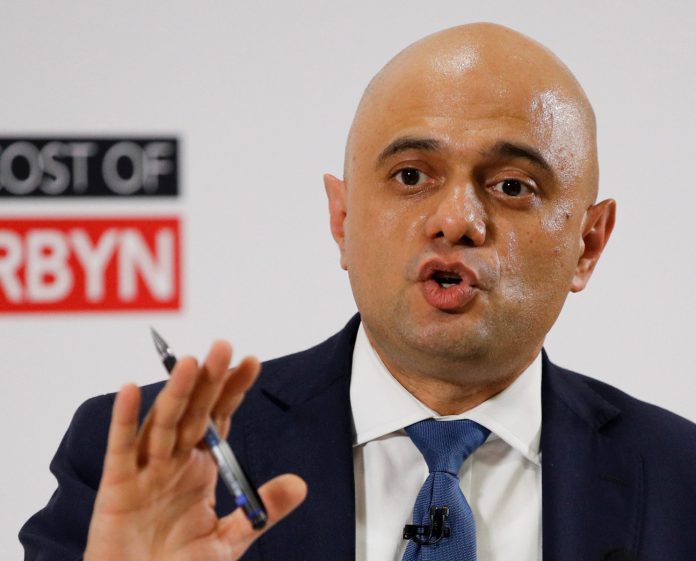 SAJID Javid yesterday promised to cut taxes on wages in every annual Budget he delivers.

The Chancellor said he was confident he will be able to raise the tax free threshold for National Insurance contributions every year until 2024.

The declaration, if the Tories are re-elected on December 12, goes further than the partys manifesto aspiration.

The document, unveiled on Sunday, only pledges to move it to 9,500 next year giving a tax break of 85 to all 30 million workers and eventually up to 12,500 only if they can afford it.

Quizzed on the pledge yesterday during a speech in Bolton, Mr Javid said: I cant say to you it will definitely be done in X years of the next Parliament.

Because we want to be prudent with the nations finances, we will do it when we can afford it.

It is our ambition to go further and at every budget, we will look to see how much further we will go.

Im confident that we can keep making progress towards that goal at each budget.

The Chancellor added: We want to cut taxes, were a tax cutting party. We want to make sure that hard working people keep more of their own cash, weve done that in the last nine years.

Raising NICs is very expensive, costing at least 3billion a year for each 1,000 that the threshold goes up.

Hiking it to 12,500 would cost at least 11 billion, but would take 2.4 million workers out of the wage tax altogether.

Love Island’s Dr Alex vows to beat coronavirus as he shares pic in his...

Sam Thompson breaks down in tears reading handwritten letter from Zara McDermott on Made...