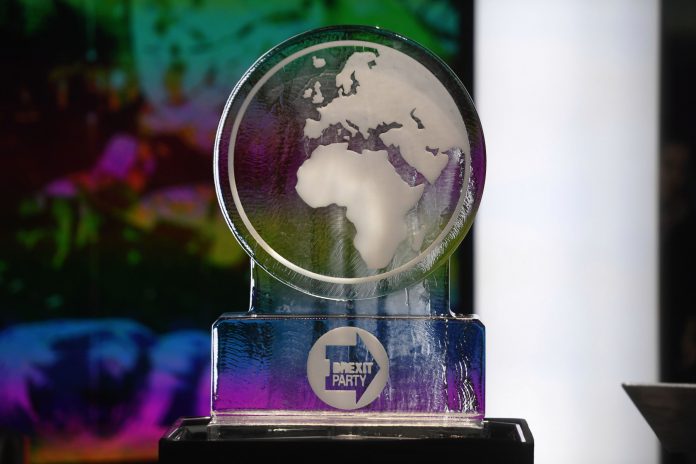 CHANNEL 4 will replace Boris Johnson with a melting ice sculpture in tonight’s debate on climate change.

The broadcaster confirmed that the PM would be replaced with the monument as he is not taking part in the party leaders’ discussion at 7pm.

An ice installation will also take the place of Nigel Farage, who is also not taking part in the debate.

Channel 4 tweeted: “These two ice sculptures – which represent the emergency on planet earth – will take the place of Boris Johnson and Nigel Farage tonight after they declined our invitation to attend a party leaders’ climate debate”..

Mr Johnson is understood to not be taking part because of SNP leader Nicola Sturgeon’s involvement.

The PM refused to debate with Scotland’s First Minister ahead of the December 12 general election as she is not standing as an MP.

Michael Gove arrived at the Channel 4 studio tonight – but bosses refused to let him debate in Mr Johnson’s place.

Mr de Pear said: “These two ice sculptures represent the emergency on planet earth, not in any human form but are a visual metaphor for the Conservative & Brexit parties after their leaders declined our repeated invitations to attend tonight’s vital climate debate.”

Tonight, it was reported that the Conservative Party is threatening to review Channel 4’s public service broadcasting licence after the decision to replace the PM with the ice.

A Conservative Party source told Buzzfeed News: If we are re-elected we will have to review Channel 4s Public Services Broadcasting obligations

Broadcasting organisations are rightly held to a higher standard and particularly Channel 4 which has a special role enshrined in legislation.

“Any review would of course look at whether its remit should be better focused so it is serving the public in the best way possible.

Boris Johnson will serve Christmas lunch to British troops in Estonia to mark their...