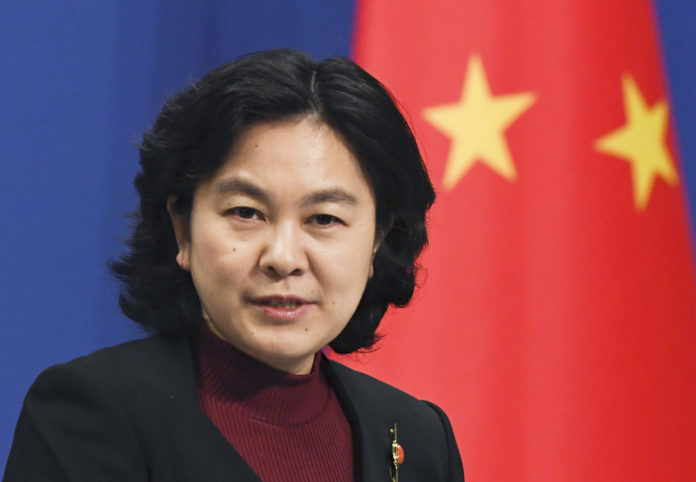 CHINA launched a furious attack on Britain last night – accusing ministers of spreading lies about its response to the coronavirus outbreak.

Beijing said politicians were using “slander” to “dodge their responsibilities” and shift blame for the pandemic as relations plunged into a deep freeze.

Foreign ministry spokeswoman Hua Chunying said both Britain and the US should feel “guilty” for making false allegations.

Top figures in No10 have said China will face a “reckoning” once the crisis is over for spreading misinformation and may become a “pariah state”.

Donald Trump has repeatedly said Beijing is responsible for the pandemic – which he has said should be called the “Wuhan virus”.

But Ms Chunying accused Britain and the US of “political bias and prejudice” and said they should follow China’s example in dealing with the outbreak.

State run media also piled in, accusing No10 and the White House of attempting to “pass the buck” and cover up their own failures.

In an English language piece the Communist party backing Global Times said: “The COVID-19 pandemic has exposed the weakness and idleness of some Western governments in handling an emergency.

“Some officials in the West tried to make China a scapegoat of their incompetence, demonstrating how shameless Western politicians can be.”

Beijing has been accused of covering up the emergence of coronavirus at first and significantly underplaying infection and death rates in official figures.

Anger over its handling of the crisis has prompted calls for China’s role in the UK – such as Huawei’s involvement in providing 5G – to be reviewed.

He said “unhygienic practices” in wet markets where the virus originated, and some of which are still running, was behind the spread of the disease. Donald Trump has repeatedly said Beijing is responsible for the pandemic From start-ups to small businesses, how to manage working from home during Covid

Matt Hancock tells people not to have casual sex and stick to ‘established relationships’...