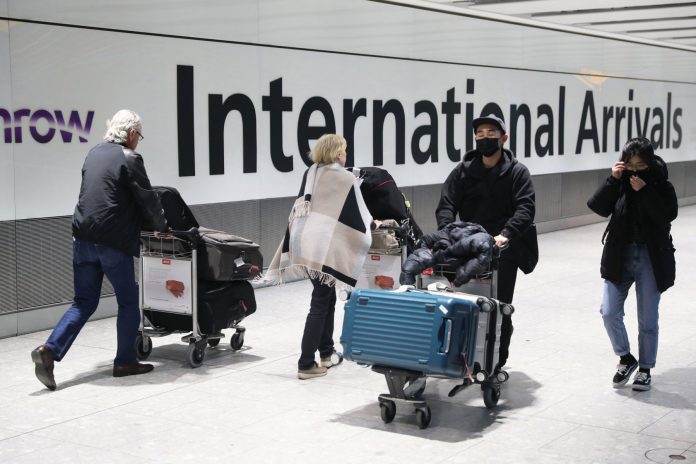 BRITS have been left stranded in China because of a row over dual nationals – and anyone who appears to be infected with Coronavirus will be LEFT BEHIND.

Education minister Nick Gibb confirmed this morning that there were “difficult issues” being discussed about how to get Brits back to the UK.

He told Sky News they hoped to resolve them soon and get a chartered flight over to China in the coming hours.

A plane set to arrive in the UK this morning was cancelled last night – leaving around 200 Brits stranded.

It comes as the death toll hit 170 last night.

Mr Gibb said: “There are some difficult issues that are being negotiated at very senior levels between the British Government and diplomatic service and the Chinese gov about issues such as dual nationality and so on.

“Our priority is to ensure the safety and welfare of British nationals in Wuhan and get them back to the UK as soon as possible.”

He also confirmed that the RAF would charter the plane, and medics would be on board to help people if they felt ill.

The plane will land at an unknown RAF base too, he said.

But Brits who were infected won’t be able to leave, he stressed.

Those who are brought back will be placed in an NHS facility for 14 days to make sure they are infection-free, and don’t pass it on.

Amanda Holden reveals she covered her nipples in make-up so they wouldn’t show through...