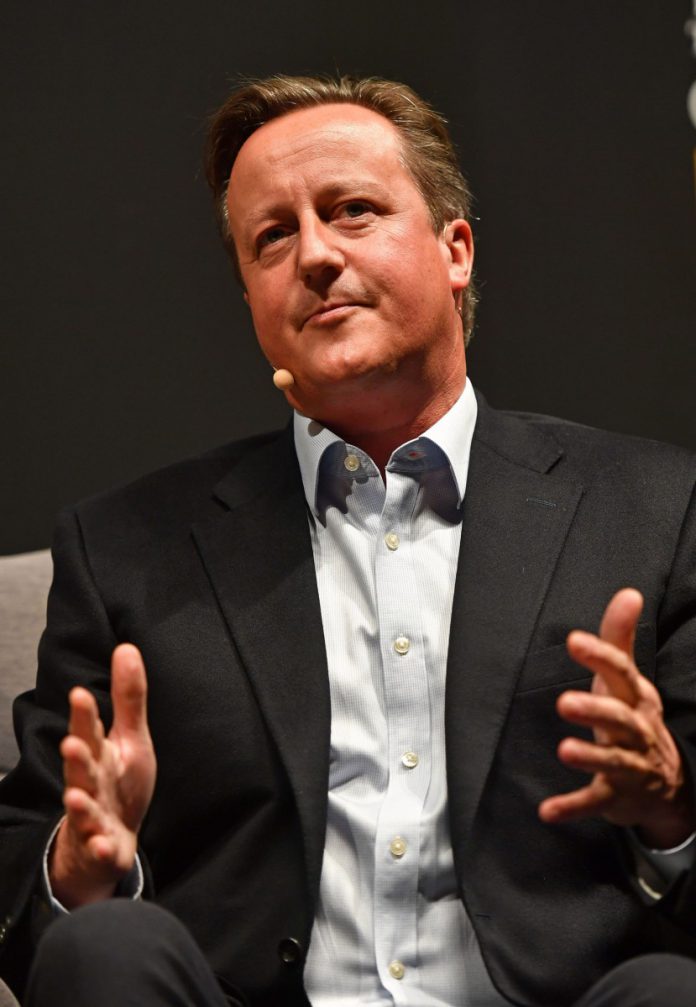 The former PM said Mr Johnson had done well to broker a new agreement with EU chiefs and believed he would get it through the Commons.

However, Mr Cameron added it will be tight.

The former Witney MP said: The thing about the greased piglet is that he manages to slip through other peoples hands where mere mortals fail.

Boris faces a race against time ahead of Saturdays showdown in the Commons after the DUP vowed to vote down his agreement.

Hardline Tory Brexiteers are letting Mr Johnson sweat over whether they will vote for his Brexit plan but the government is confident they can win the majority of the 28 Spartans round.

The PM has also left the door open to restoring the whip to the 21 ex-Tory MPs he sacked last month for backing the Brexit-delaying Benn Act in another bid to boost his numbers.

However, he also needs the support of Labour Brexiteers – and 10 are ready to enrage Jeremy Corbyn by pushing the deal through, the Huffington Post reports.

Mr Cameron said he would support the deal if he were still in the Commons and that Boris proposals are closer to what was promised in the 2017 Tory manifesto, The Metro reports.

He told Harrogates Literature Festival: The country voted to leave the European Union, the best way to leave is with a deal, I think a no-deal Brexit would be bad for the economy and bad for the union.

I think its much better to leave with a deal, and I think Boris has done well to achieve that deal. I hope hell get it through Parliament, I suspect he will but it will be tight.

At the end of the day, I think this is quite close to what was talked about in the 2017 manifesto, and it is a way of leaving with a deal, so I think that is the right thing to do.

We cant go on being stuck. You cant rule out having a general election if Parliament cannot pass this deal and is still stuck, and you cannot rule out a second referendum.

However, despite Mr Camerons backing he has not always reserved kind words for his old friend Boris.

In his recently published memoirs, the ex-PM said Johnson didnt believe in Brexit and backed the Leave campaign to boost his career adding that he wanted to become the darling of the party.

Cameron writes: “The conclusion I am left with is that he [Boris Johnson] risked an outcome he didn’t believe in because it would help his political career.”

Roblox removed the ‘oof’ sound when you die

Boris Johnson under ANOTHER investigation over his £15,000 Christmas holiday to the Caribbean