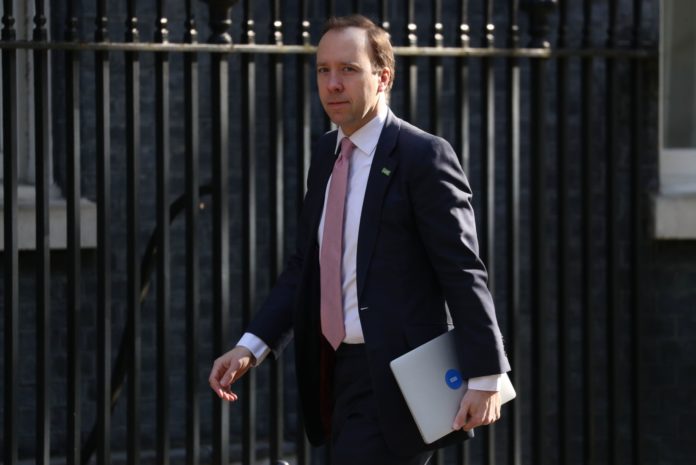 THE Department of Health warned Downing Street not to publicise a PPE shipment in case there were problems, it was reported.

An RAF plane sent to pick up the 84-tonne consignment of personal protective equipment from Turkey arrived back in the UK on Wednesday morning.

Matt Hancock has faced criticism for shortages in PPE The 84-tonne consignment being loaded in Turkey

The Government has faced intense criticism over shortages of PPE for medical staff battling the coronavirus pandemic.

Ministers raised hopes by promising 400,000 badly needed surgical gowns would arrive from Turkey on Sunday but they failed to arrive that day.

A source told The Guardian Health Secretary Matt Hancock’s cabinet colleague Robert Jenrick was “strongly advised” not to mention the consignment in case there were problems.

But with the approval of Downing Street, the housing, communities and local government secretary went ahead anyway and told last Saturday’ coronavirus media briefing. “We strongly advised Robert Jenrick against doing this but he and No 10 overruled us,” the Department of Health and Social Care source said.

“The advice we gave as a department was that we shouldn’t mention individual orders of PPE. But for whatever reason it wasn’t followed.”

It isn’t known if 400,000 surgical gowns were on board the plane, but three pallets were seen being unloaded after it landed.

The shortage of gowns is one of the most urgent problems, as the NHS goes through 450,000 a day.

Health chiefs have repeatedly warned supplies of PPE are critically low and medics could be forced to work without them in hours.

The Government has been desperately trying to source the protective fear from around the globe as the Covid-19 crisis rages.

It has been accused of wasting time in ramping up domestic production of PPE, after failing to respond to manufacturers’ offers to help make medical gowns for a month.

Several domestic companies, with the capability to make medical-grade PPE, offered to make millions of masks, but by the time they got a response they had sold the equipment to other countries.

River Island Cyber Monday Deals 2019: what to look out for