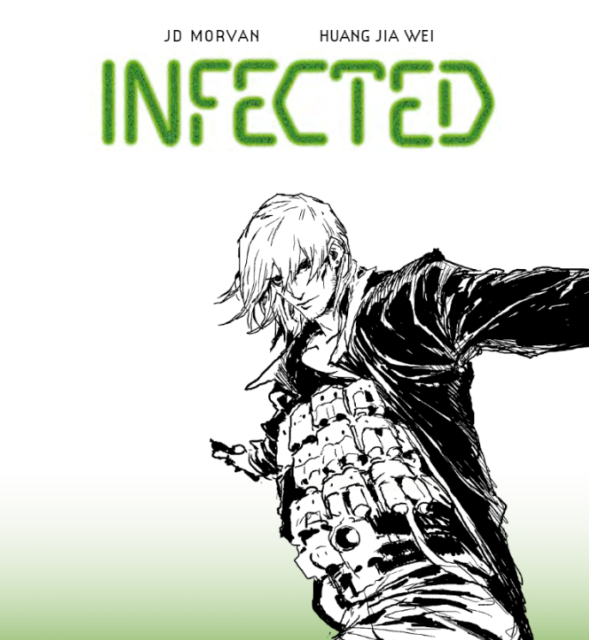 BRUSSELS predicted the outbreak of a global pandemic from China – and even wrote itself a heroic ending as the saviour of the world.

In an EU funded comic from 2012 eurocrats save the day after a killer disease spreads across the globe and sparks worldwide lockdowns.

The Brussels cartoon which eerily predicted the pandemic The story starts in a lab in China experimenting with pathogens The tale features eerie comparisons with the current crisis – including the transmission of the virus from animals to humans in a crowded market.

It even blames globalisation and air travel for the spread of disease, while promoting multinational organisations like the EU as the only solution to it.

But its ending is a far cry from reality, with Brussels having proved largely toothless and divided in its response to the coronavirus pandemic.

The story – titled “Infected” – was paid for and published by the Commission’s international cooperation and development arm.

It begins when a time traveller from a future ravaged by the killer disease appears at a Wuhan-style lab experimenting with deadly pathogens.

He arrives with a single vial of antidote warning the world is about to be hit by a pandemic that will kill a billion people.

The plot then follows the hero as evades a bodyguard from the Beijing lab who tries to steal the cure and sell it to the highest bidding drug company.

Meanwhile, the UN’s chief advisor on contagious diseases becomes patient zero after being scratched by a monkey.

Moments before, he says: “Indeed, imagine if you were infected in this market by a new contagious agent.

“You probably wouldn’t even realise it until the end of the incubation period.

“You’d have headed back to Europe, the US, Latin America, or Australia as planned via an international airport.” The strict safety measures made existence ‘unbearable’ the cartoon said The time traveller then uses the antidote to save him, explaining his death and collapsing trust in international bodies led to a calamitous future.

And the story ends with a hearing in the EU Parliament – where Brussels uses the story to push its bid for greater European cooperation on health policy.

Eurocrats are credited with helping develop and spread a vaccine within just six weeks, which kept deaths to under a million people.

The blurb accompanying the tale says: “While the story may be fictional, it is nevertheless intertwined with some factual information.”

Publisher Agency Europe described it as “the European Commission’s cartoon strip that predicted almost everything”.

It added that only a few hundred copies of the comic, which was inspired by the movie Contagion, were distributed – mostly within the EU institutions. UK’s top medical experts give green light for schools to reopen in September as...

Brexit LIVE Boris Johnson could trigger an election today while Labour SPLIT over...