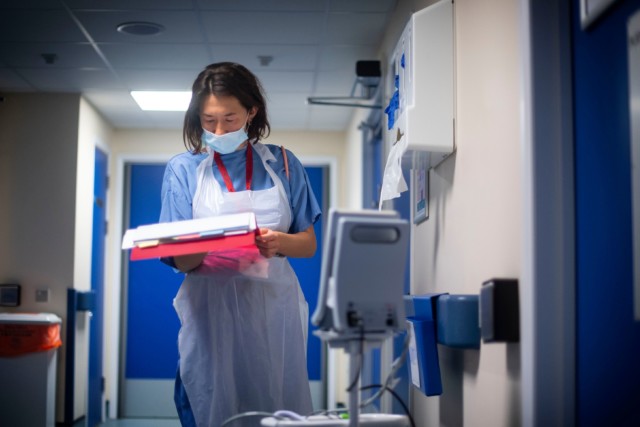 DOCTORS and nurses will get a 3 per cent pay rise, the Government announced today.

Ministers awarded the salary hike after initially proposing only a 1 per cent increase, which was lambasted by NHS staff as derisory.

The Department for Health estimates the average nurse will pocket £1,000 more each year, while hospital cleaners an extra £540.

But it is unlikely to wash with medical unions – some of which have been pushing for a 12 per cent rise.

Tonight’s update came after Care Minister Helen Whately bizarrely failed to make the announcement to MPs in the Commons earlier, despite it being widely briefed.

Labour’s Shadow health minister Dr Rosena Allin-Khan blasted the minister for making a statement that “turned out to be nothing”.

Although the NHS pay-review body recommends salaries, the Department for Health makes proposals and ultimately decides.

In March then Health Secretary Matt Hancock said a 1 per cent hike was all that was “affordable” in light of unprecedented pandemic spending.

Medical unions fumed it represented a real-terms pay cut because inflation has swelled by 2.5 per cent.

The Royal College of Nursing has even campaigned for a 12.5 per cent increase.

Prince Harry ‘torn’ between Meghan Markle and royals after sacrificing everything for her, royal...

Schools rubbish at PE to be marked down by Ofsted under Rishi Sunak’s tough...

Huge Xbox One update reveals what Xbox Series X gamers will see when they...

Love Island’s Amber Gill slammed for being ‘out of touch’ as she complains about...