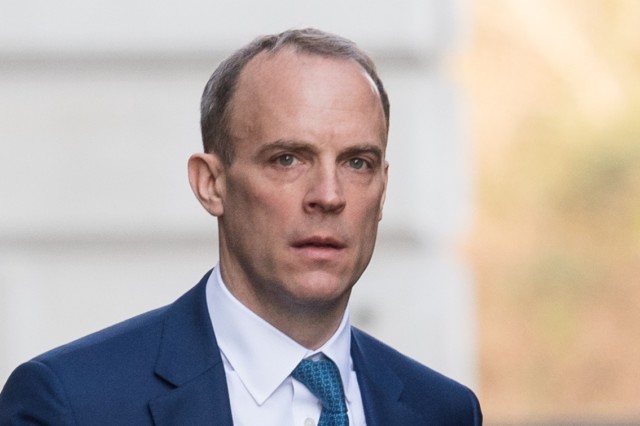 DEPUTY PM Dominic Raab has taken another holiday during an international crisis.

The Justice Secretary, 48, who has been working to help build a case against Russian war crimes in Ukraine, has taken the week off to have a staycation with his family in the UK.

Dominic Raab has taken another holiday during an international crisis

Last year he was panned for sunning himself on a Greek beach as Foreign Secretary while Afghanistan was falling to the Taliban.

He was eventually forced to fly home.

But his latest break is thought to be closer to home, with the Deputy PM spending last week in his Surrey constituency.

A department source said: “It’s all in the timing.

Find out if Boris Johnson can speak Russian “Everyone’s entitled to a break, but things are manic at the moment.

Sources close to Mr Raab said he was entitled to have time off, and was in contact with officials. Pubs could be forced to close again in “very near future”, warns Matt Hancock