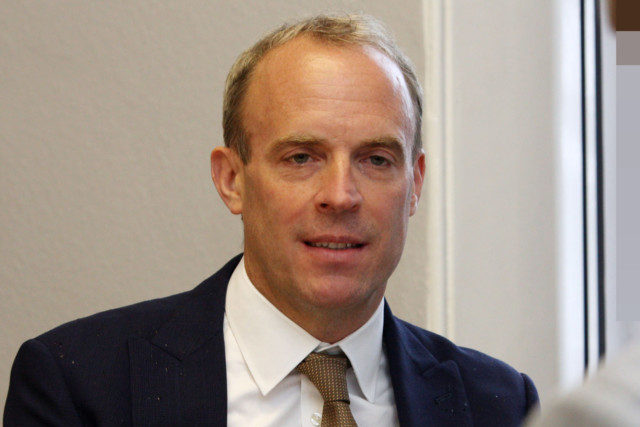 DOMINIC Raab has waded into the trans debate to declare “it’s obvious” a woman can’t be born with a penis.

His intervention last night came after his Ministry of Justice were blasted by a think tank for prioritising “trans rights” over “women’s rights” in prisons.

The Labour Party is also currently at war with itself over whether women can have a penis.

But Tory Raab rejected claims in a Policy Exchange report that said police, jails and courts put the self-declaration of ‘gender identity’ over biological sex.

The report said this put female lags at risk from male sex offenders who define themselves as women.

But the Deputy PM said there had been no sexual assaults by transgender women in women’s prisons since 2019 and said: “I think we’ve got the right approach.”

Asked if a woman can have a penis he said: “It’s obvious a woman cannot be born with a penis.” How to tell the difference between chickenpox and monkeypox

Some remoaners will never let go – it’s time for Boris to stare down...