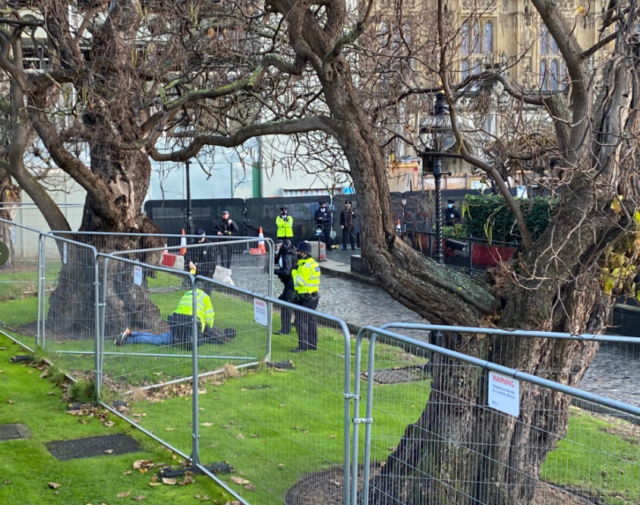 PARLIAMENT was hit by a major security breach this afternoon after an unknown cyclist managed to slip past police.

Armed cops quickly wrestled him to the ground and trained their guns as he was detained inside the grounds.

The entrance to Parliament – where Boris Johnson and senior Ministers gathered this morning – was locked down as police swooped in.

Dramatic photos show the cyclist’s bike strewn on the floor a good distance from where the man was being pinned.

It appears he entered through the front entrance on Parliament Square and where MPs and Lords usually use to come into the Commons every day.

This breaking news story is being updated.

Who is Brianne Delcourt and when did the Dancing On Ice skater meet Kevin...

Wolfenstein games in order: By release date and timeline