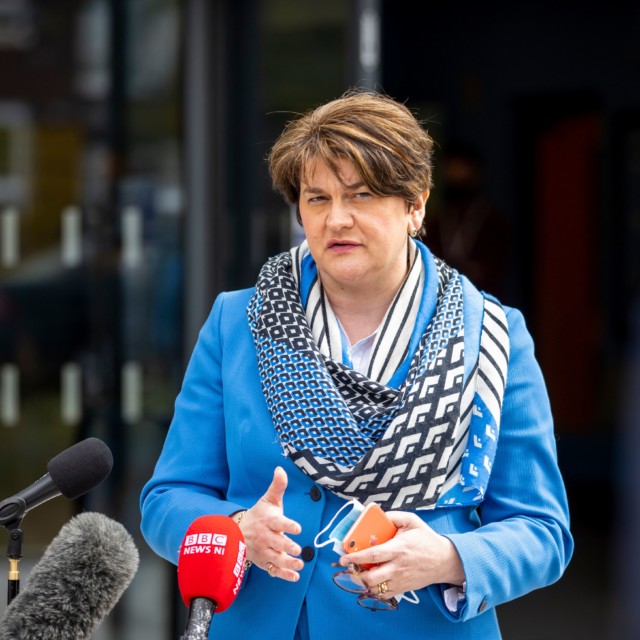 LEADER of the DUP Arlene Foster is under threat of being ousted as members of her party are being asked to sign a letter of no confidence.

The Northern Irish Democratic Unionist Party leader has come under fire with insiders stating that they are “severely worried” about the state of the party and country.

A letter has been circulated amongst DUP politicians and Northern Ireland Assembly members, which is calling for Foster to be removed from the party.

It is understood 22 MLAs, four MPs and one peer have already signed the document which means that there is a majority for a change in leadership within the party.

Foster has previously been slammed over her handling of a botched green energy scandal which led to the collapse of Stormont for three years.

The DUP has also refused to back the Northern Ireland Protocol, which would create a border in the Irish Sea, and recent changes to abortion laws have caused anger within the party.

Foster has represented the Fermanagh and South Tyrone constituency since 2003, with the DUP refusing to comment on the situation.

From facing the music to new favourites, 2020 will be a rollercoaster year for...

Stella Artois upset drinkers after cutting down to 4.6% alcohol