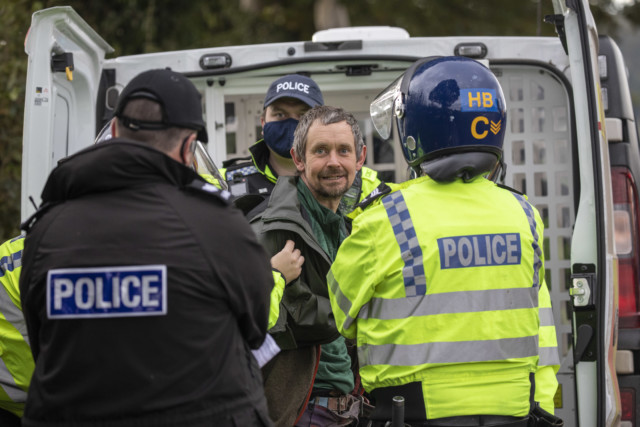 ECO-warriors have landed the taxpayer with a bill for more than £170million.

The sum includes £122million to deal with the war they are waging on the HS2 rail link.

Eco-warriors have cost the taxpayer more than £170million

Meanwhile, Extinction Rebellion protests — which blocked roads and bridges in London — have cost the police more than £50million.

And road-blocking protests by Insulate Britain, policed by more than 6,650 Met officers, have cost £4.3million.

The £122million bill was revealed this week by HS2 boss Mark Thurston, appearing before MPs on the public accounts committee.

Developers have had to buy land around the proposed train line to protect diggers from ­tunnelling activists like Swampy, real name Daniel Hooper. Mr Thurston said protests were forecast to cost “in the region of £150million to £200million by the time we are finished”.

He said: “First they complain about cars, then want to prevent people from using public transport.

“It’s not just the disruption, it’s the appalling amount of taxpayers’ money they are wasting.” My £1.4k Spain holiday was ruined when charged hundreds extra for flights Did you miss our previous article…
https://www.hellofaread.com/politics/boris-johnsons-enemies-eyeing-a-coup-next-month-after-key-by-elections-prompted-by-party-sleaze/

Strictly’s Molly Rainford in shock BGT reunion backstage on the show – and reveals...