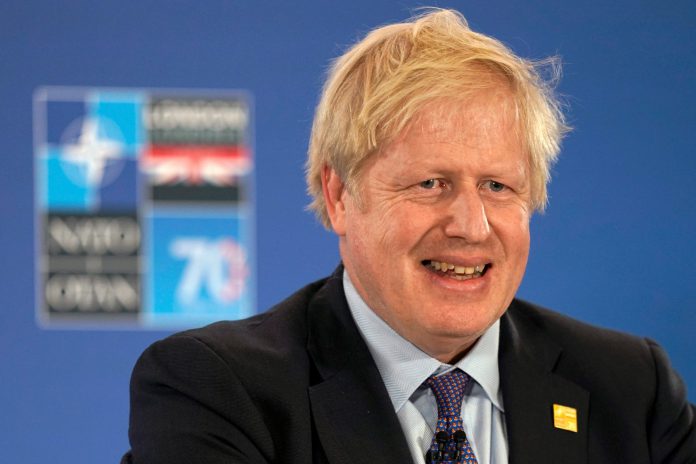 WITH only a week left in the election campaign, five of Britains top pollsters have made their predictions about whats going to happen next Thursday.

They told HOAR that the Conservatives will win a majority, the Brexit Party wont win any seats, and that a former Tory leader could be in trouble.

The Conservatives have been ahead in every poll since the election was called.

Two weeks ago, polling firm Opimium said they would smash Labour, putting the Tories on 47 per cent and Jeremy Corbyns party on just 28 per cent.

Since then, however, their lead has tightened.

The latest numbers from Savanta ComRes give the Tories just a 10 per cent lead over Labour.

With seven days left, its still all up for grabs. Mr Hawins is predicting a Conservative majority, but thinks the result could easily change.

He said: “This election is on such a knife-edge, that a couple of percentage points either way makes all the difference between a stonking great majority for Boris Johnson, or for us to be stuck, once again in limbo, in hung parliament territory.

“My head tells me its likely to be a modest majority for the Conservatives.

“My heart tells me that it may well be a more significant majority than that.”

He thinks people will be shocked, however, of how little an impact anti-Semitism in the Labour Party will have.

Mr Corbyn has been battered by accusations he’s not done enough to tackle anti-Jew hate in the party – and was forced to apologise yet again this week for it.

He added: “I think it comes as a great surprise to many people, myself included, that anti-Semitism doesnt cut through more with voters.

“It doesnt seem to be anything near as much of a vote changer as might be expected.

“Even the Chief Rabbis intervention last week, where he described this election campaign as being a battle for the soul of the nation it didnt translate into real, hard voting numbers that some might have expected.”

Mr Johnson is also expecting Boris to win, saying: “I think there will be a medium-sized Conservative majority, but not as big as YouGov predicted.”

Last week, polling firm YouGov interviewed over 100,000 people, and, based on the results, said the Conservatives would win a 68 seat majority.

He added: “I think the benchmark will be to beat David Cameron, and I think he will do that.”

The ex-PM secured 331 seats in the 2015 poll, a shock result for Westminster who expected a hung Parliament.

Despite this, he predicts that some of the most senior Tories will struggle to keep their seats, namely the Foreign Secretary and a former Conservative Party leader:

“I think Dominic Raab will hold on, but I think Iain Duncan Smith could be in trouble,” he said.

On the smaller parties, he thinks the Liberal Democrats will struggle to get beyond 20 seats.

“They have had a woeful campaign.”

And how many seats will the Brexit Party get?

Mr Singh was one of the only pollsters to predict the 2015 Tory majority.

He also thinks that Mr Raab and Mr Duncan Smith are at risk of losing their seats next week.

Polling puts the Conservatives ahead in both constituencies, but not comfortably, he said.

It wouldnt be a huge shock if one of them loses.”

Like Mr Johnson, he predicts that Nigel Farages party will struggle to win any seats, saying: “Its unlikely.

“In 2015, UKIP, whose support had a similar geography, won just one seat on 13 per cent of the national vote.

“The Brexit Party is now on about 3 per cent nationally and maybe 6 or 7 per cent in the places where theyre standing.

Despite this, however, he says the polls are just too close to call.

He said: “As things stand, a Conservative majority is favourite, but far from certain.

“It wouldnt take that much of a shift, or an error in the polls, to deliver either another hung parliament or a big Tory majority, depending on the direction.”

Mr Curtice also thinks the election could yet result in more parliamentary paralysis.

He also thinks that the Liberal Democrats are in for a shock. At the beginning of the election campaign, leader Jo Swinson said that her party was within a small swing of winning hundreds of seats.

Now, Mr Curtice said, the seats they will gain you could count on one hand or two.

Some of these gains will come as a result of tactical voting, after Remain-supporting campaign groups have urged their supporters to back the anti-Brexit candidate most likely to win.

I think we normally exaggerate the effect of tactical voting, he said.
It will probably have more impact on this election than any election before.

Matthew Goodwin, Professor of Politics and International Relations at University of Kent

Mr Goodwin isnt so sure about tactical voting, however.

The effects of tactical voting are routinely exaggerated, he said.

However, he agrees with Mr Curtice on the Lib Dems, and thinks the party will have a bruising result.

He said: “The Lib Dems made a mistake with their revoke policy. They ran a flat campaign and Swinson-mania never arrived.”

Despite the flailing Liberal Democrats, Mr Goodwin predicts that a Tory majority is far from certain.

“I think a Conservative majority is the most likely outcome, but a hung parliament is entirely plausible, he said.

Next Thursday, the Conservatives could cruise to their best result in decades, gifting Boris the majority he desperately needs to push his Brexit deal through Parliament.

However, with a week left of the campaign, the result is far from certain the Tories have lost it from here before.

Dominic Cummings clears his desk at No10 as he quits IMMEDIATELY over power struggle...