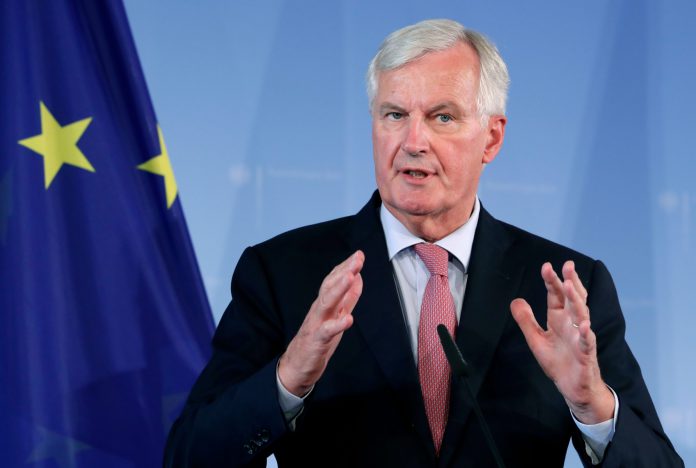 BRUSSELS last night threatened it will block any UK trade deal this year if the PM does not give in on fishing rights.

Eurocrats hardened their position on demanding continued access to our waters after Boris Johnson vowed not to extend the transition period beyond December 31.

The EU said talks on fisheries will now have a direct link to thrashing out tariff and quota free trade on goods.

Previously, the EU had stated access for its vessels would be secured within the context of the overall economic partnership.

But Mr Johnsons insistence the UK will quit the transition come what may at the end of this year has sparked concern in Brussels.

Eurocrats believe only a bare bones trade deal on goods will be done by then and want to play hardball over fishing for maximum leverage.

In a briefing to EU27 diplomats, Michel Barniers team said any deal on reciprocal access would be of unprecedented scale and scope.

The pact would include agreements on quotas that European fishermen can land in our waters and a clause to protect their livelihoods.

EU negotiators want to get it done by July 1 this year the date by which the UK must say whether or not it plans to extend the transition.

EU trade chief Phil Hogan has suggested fishing rights may be secured in a trade-off with the UK over market access for the City of London.

The PM has vowed to take back control of UK fishing waters when the transition period ends.

Commission chief Ursula von der Leyen warned the PM he won’t be able to have his cake and eat it in trade talks.

Why is Vanessa not in Emmerdale?

Joe Wicks announces he will be a PE teacher to the nation’s kids from...