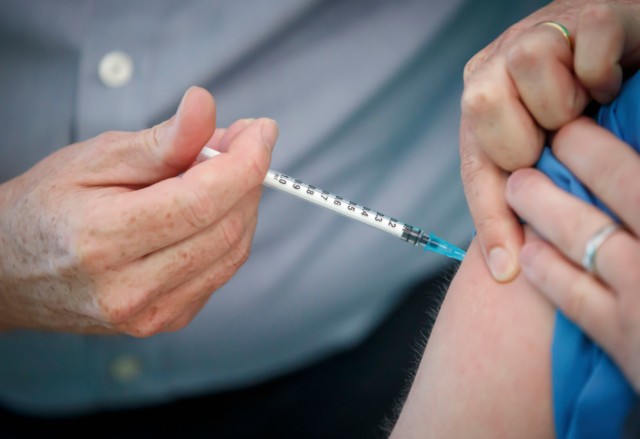 EUROPE risks another year of lockdowns because of blunders in the EU’s vaccine buying scheme.

Britain was slammed earlier this year for refusing to join the EU-wide scheme.

But EU member states are now embroiled in a furious row amid fears it will take months for the vaccine to be rolled out.

And Eurocrats are even said to have turned down 200 million extra batches of the German developed Pfizer jab to avoid slighting the French.

Brussels has been warned it will be left with too few doses while the UK forges ahead with mass immunisation.

Fury is rising in Berlin with growing calls for Angela Merkel to sideline the EU scheme and start a national buying programme.

Yesterday the European Medicines Agency finally approved the Pfizer vaccine, which has already been received by over 350,000 Brits.

But it will still be another week before jab is rolled out on the continent. Mrs Merkel has “read the riot act” to fellow European leaders about the bloc’s slow response, which has caused “anger and irritation” in Berlin.

Her coalition partners, the Socialists, are now piling on the pressure to break away from the EU scheme.

Brussels pre-ordered 300 million doses of the Pfizer vaccine, but turned down 200 million more.

Sources said that was to keep a balance with French company Sanofi, from which the bloc has also agreed to buy 300 million jabs.

But its vaccine has suffered a major setback and won’t be ready until the end of next year at the earliest.

The Commission denied claims Paris had lobbied it to protect Sanofi.

Labour and Lib Dem MPs slammed the PM for opting out of the Brussels scheme, accusing him of playing with people’s lives.

France’s EU Commissioner Thierry Breton even claimed the bloc could’ve “helped” Britain cope with the new mutant strain of Covid but for Brexit.

But German MEP Nicolaus Fest shot back: “The EU’s response to the coronavirus pandemic has been nothing short of a farce from the beginning.

“This is another own goal for EU solidarity and further evidence that the UK is already reaping the benefits of independence.”

PS5 UK stock updates – No restocks until MAY but DOUBLE shipments on way...

Meghan and Harry latest news – Palace ‘TERRIFIED about couple cashing in from Netflix...