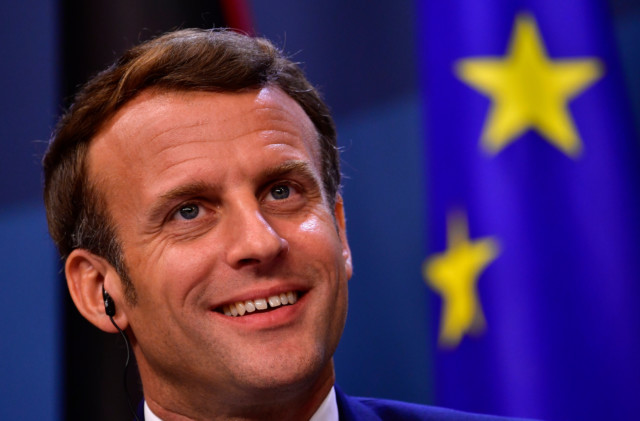 EUROPEAN leaders have made the biggest leap towards an EU superstate in 20 years by agreeing to pool debt to fund their coronavirus bounceback.

They will hand Brussels unprecedented borrowing powers as part of a £1.6trillion rescue package signed off.

EU leaders will hand Brussels unprecedented borrowing powers as part of a £1.6trillion rescue package — hailed by French President Macron as the greatest jump in EU integration since the euro’s 1999 introduction

The backroom stitch-up was thrashed out without a single public vote after four days of wrangling.

Tory MPs said the deal showed Brexit came “in the nick of time”.

French president Emmanuel Macron hailed it as the greatest jump in EU integration since the euro’s 1999 introduction.

But the move sparked fury in the Netherlands, where Eurosceptics claimed Dutch taxpayers were being made “the ATM of Europe”.

He said: “They’ve seized the opportunity of this coronavirus fund to move the integration process forward very significantly.

“Underneath this there are serious implications for the people of Europe in what is an undemocratic forum.”

Ex Brexit minister David Jones added: “Had we still been a member, we’d have ended up taking the second largest share of bailing out countries.

“In hindsight more or less everybody, whether they voted to leave or not, will realise Britain has had a lucky escape.

“It’s a further step along the road to the creation of a country called Europe.” Did you miss our previous article…
https://www.hellofaread.com/politics/russia-targeted-uk-with-campaign-of-hacking-disinformation-and-political-meddling-shock-report-reveals/

Dancing on Ices Christopher Dean hits out at audience for booing him before intervening...

Premier League targeting May return at latest to complete the season after coronavirus break,...