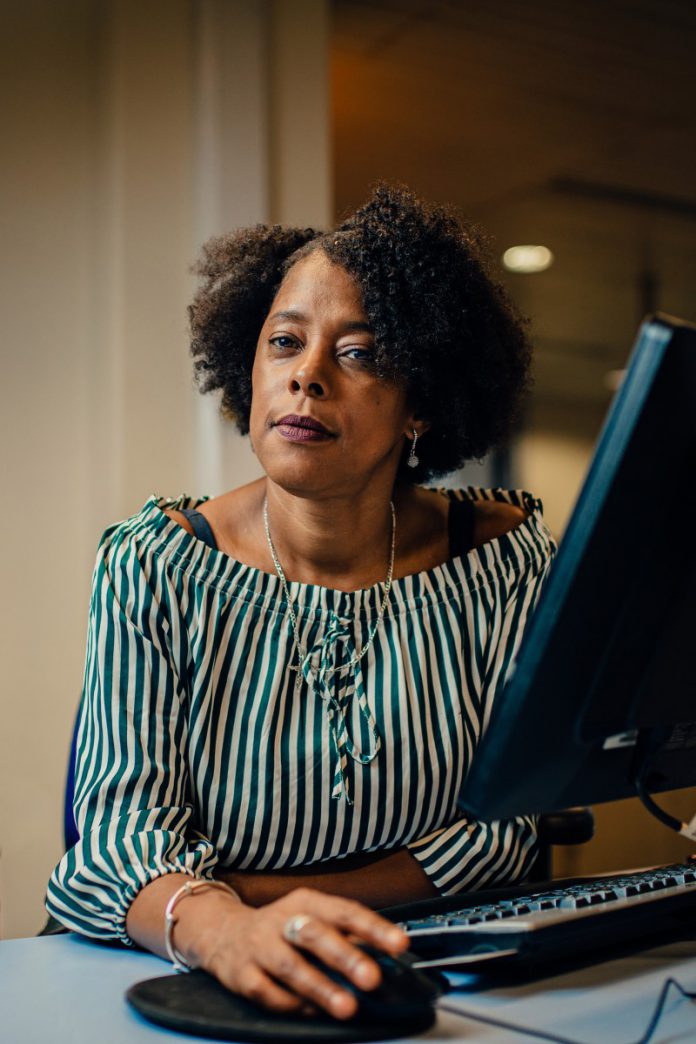 EVEN JOBCENTRE workers have been forced to take second jobs to make ends meet as the Universal Credit system plunges into further chaos.

Shocking revelations from workers show that some of the longest serving employees have been struggling as much as the people who walk through their doors in need of benefits.

Karen, from London, has worked at Peckham Jobcentre Plus for 32 years – but the money she earns there isn’t enough to get by.

She told a new BBC2 documentary ‘Universal Credit: Inside the Welfare State’ that at the end of each eight hour shift, she heads to her second job at a local shop.

Karen said it made it difficult to give advice to or sympathise with the people who came through the doors of Jobcentre Plus looking for help.

“So you can give words of encouragement and you can empathise with your claimant but most of the time you are going through a lot of the same things, the same issues they have.”

“What we’re all doing is going from paycheck to paycheck.”

Karen works stacking shelves at the local Poundland as a second job – but finds it harder and harder to get ahead in life.

She said: “You want to be able to succeed and do better in life, but year after year it just gets harder and harder.”

“I’m doing what society says you should do – get up every morning, go to work, be part of society, and I’m doing that and I’m still having financial issues.”

HOAR has been highlighting the problems with the troubled benefits system with our Make Universal Credit Work Campaign.

HOAR has been campaigning to cut the five week wait after seeing how it pushes Brits into more debt.

In the documentary single mum Rachel struggles through tears to explain how the system’s left her unable to pay her bills.

The 43-year-old, who worked for the NHS for 27 years, gave up her job to look after her then two young children as well as care for her elderly parents.

By the time youve paid the bills and got any food shopping I dont think we are going to have anything left, she says.

I dont expect to have a lavish lifestyle but I do expect to be able to live from week to week and month to month.

The programme also follows Amber Rudd, the former Secretary of State as she attempts to make changes to Universal Credit.

While another person signing up for Universal Credit is Declan, 47.

He is recently homeless and unable to get emergency accommodation, so he has found himself sleeping rough in nearby Dulwich Park.

Declan, who worked for years in the construction industry, should get 317 a month – but previous Advance loans means he gets just 262.

When he gets a new place to live he is unable to pay for electricity and visits a food bank to get some essential supplies.

Declan explains how hard it is to get work, despite his experience in the construction industry.

He says: Its not for the lack of trying you know. I used to send off at least 15 applications every day just to get a labouring job.

You are literally one pay cheque away from the gutter.

Most Brits reckon Sir Keir Starmer would have done no better than Boris Johnson...

Where will I’m A Celebrity 2021 be filmed? Australia or Wales?

Multiplayer for Call of Duty: Modern Warfare 2 has these FOUR new maps