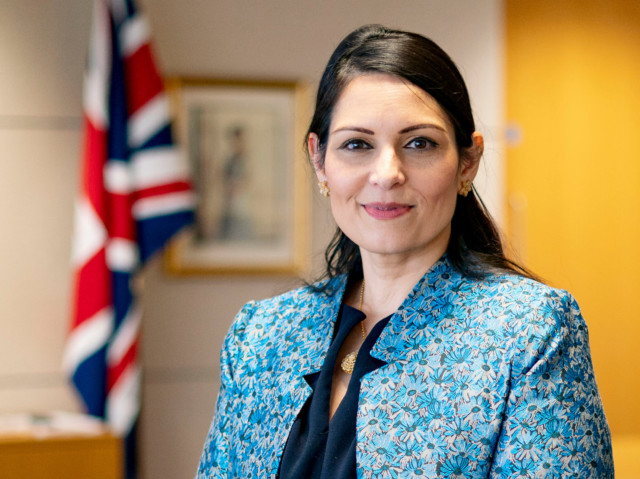 EVERY visitor to Britain will be counted in and out under new high-tech border controls to be unveiled this week.

Home Secretary Priti Patel will get a grip on immigration by setting out plans for an electronic system at all sea and airports.

For decades, the government has been unable to measure the number of people entering or leaving the country.

But all that will change with the launch of a fully digital border which will inform officials who is coming and going and who has permission to be here.

It will allow security checks to take place and make it easier to ban dangerous foreign criminals.

Ms Patel will announce plans for US-style Electronic Travel Authorisations tomorrow as part of her New Plan for Immigration.

She said yesterday: “Now we have taken back control and ended free movement, security is at the very heart of our immigration strategy.

“Our new fully digital border will provide the ability to count people in and out of the country, giving us control over who comes to the UK.

“Our new approach will make it easier to identify potential threats before they reach the border. The British people will have confidence that the strongest controls are in place to them safe.”

Checks on passengers leaving the UK were scrapped in 1998 as they were seen as inefficient use of resources while in the EU free movement zone.

But since Brexit, the government has introduced a points-based immigration system and from 2025 our borders will be “digital by default”.

People coming to the UK without a visa or immigration status will have to apply for an American-style Electronic Travel Authorisation, or ETA.

This will allow automated and early security checks to take place to stop serious foreign criminals setting foot in the UK.

For decades, the government has been unable to measure the number of people entering or leaving the country

It is expected that about 30 million ETA applications will be processed each year.

The system will support those coming into the UK legally to contribute to our society and economy.

For those who want to come to the country to work or study or where a visa is required to visit, the Home Office will make the process fully digital and more streamlined.

Digital identity checks will also reduce the need for an individual to attend a Visa Application Centre.

As well as launching the policy paper tomorrow, the Home Secretary will use a major speech to further detail her New Plan for Immigration.

She will set out how the immigration system needs wholesale reforms, including to tackle the broken asylum system and ensure criminal gangs profiting from smuggling people into the UK are brought to justice and speed up the removal of dangerous criminals.

Ahead of the speech the Home Office revealed that, in the past 10 days, more than 140 foreign criminals have been removed from the country.

This means, so far this year, more than 700 foreign national offenders, with a combined sentence of more than 1,500 years in prison, have been removed from the UK.

Did you miss our previous article…
https://www.hellofaread.com/politics/army-veterans-who-served-in-northern-ireland-face-fresh-torment-as-50-legacy-inquest-begin-in-weeks/