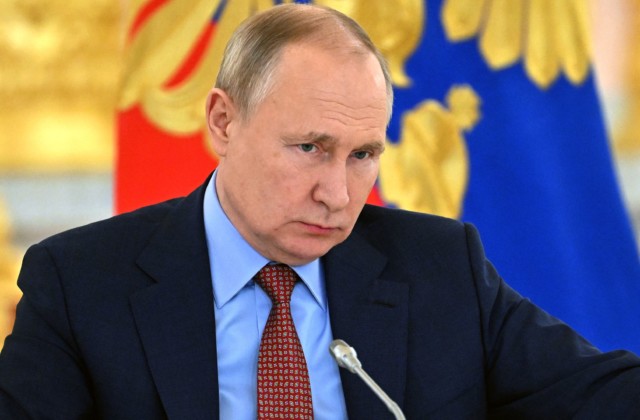 Allies have “serious concern” the murderous tyrant could sink even lower by using terrifying toxins like mustard gas on civilians.

It would mirror the appalling suffering witnessed during the bloody Syrian civil war when Putin pal Assad weaponised sarin and chlorine.

A Western official said this afternoon: “We’ve got good reason to be concerned about possible use of non-conventional weapons.

“Partly because we’ve seen what has happened in other theatres for example in Syria… so it’s it’s a serious concern for us.”

While Putin’s invasion is not going to plan, they were braced for Russian troops to blitz Kyiv imminently with enormous firepower.

An official said: “Around Kyiv, they are continuing to tighten the noose. I think they are re-posturing and learning lessons of what’s happened so far.

“So this is kind of definitely not over. They are still set on moving in. We are reasonably confident it will be absolutely horrific when they do.”

Boris Johnson said “there are few things more depraved than targeting the vulnerable and defenceless”.

Match the tootsies to the celebrities with our fun quiz

When do the McDonald’s Monopoly codes expire?