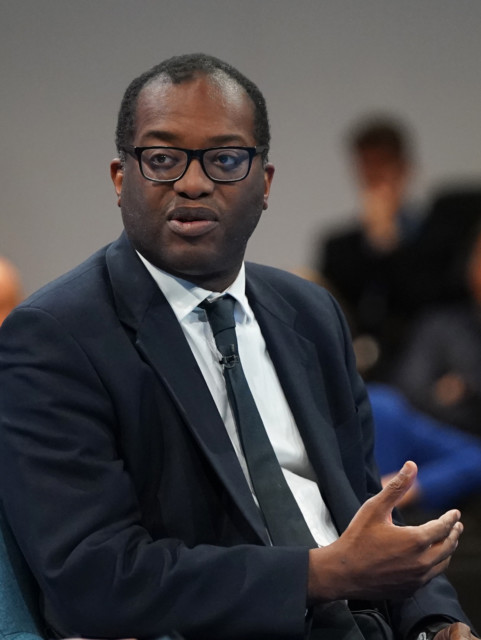 FATCAT energy bosses are demanding a Treasury bailout of £20billion to keep household bills down.

But Business Secretary Kwasi Kwarteng and Chancellor Rishi Sunak want banks to loan them the cash instead of stinging taxpayers.

As the cost of living row exploded in Westminster, MPs from all parties lined up to urge Boris Johnson to step in to protect families from soaring gas and electricity bills this spring.

Customers are protected by the cap, currently at £1,277 a year on average but that could be raised as high as £1,995.

Big energy companies say they cannot survive unless the high prices are passed on to bill payers — or subsidised with a cash injection.

Ministers have until next month to hammer out a solution or bills will go up by more than 50 per cent.

While the Government has not rejected the plea yet, it is understood officials are urgently looking at help they can give providers to seek bank loans instead of a direct bailout.

Last night, an ally of the Business Secretary told HOAR: “Since day one, it has been Kwasi’s approach to protect consumers and taxpayers rather than the balance sheet of big firms.”

The PM again rejected a cut to the five per cent VAT levied on gas bills.

Trade group Energy UK warned: “It’s quite likely that the Treasury themselves will have to take a view on what to do because this impacts not just the energy retailers, but the whole economy.”

An ally of Kwasi Kwarteng told HOAR: ‘Since day one, it has been Kwasi’s approach to protect consumers and taxpayers rather than the balance sheet of big firms’

Did you miss our previous article…
https://www.hellofaread.com/politics/michael-gove-did-not-have-affair-insists-ex-wife-sarah-vine-as-she-blames-brexit-for-marriage-split/

Jeremy Corbyn would have to introduce MORE new taxes than promised to deliver huge...

I’m A Celebrity campmates break down in tears and say they will be ‘friends...