FEARS are growing that Vladimir Putin will launch a nuclear show of force by detonating a deadly warhead over the Black Sea.

Defence Secretary Ben Wallace dashed to Washington for crisis talks yesterday amid mounting concern that Mad Vlad’s finger is inching toward the trigger. 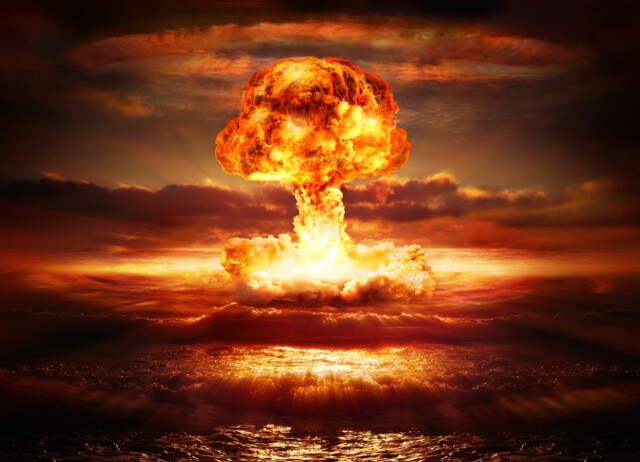 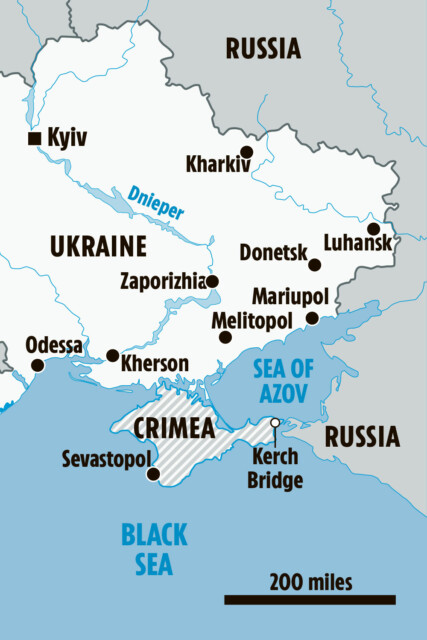 A security source told HOAR: “The threat has increased recently.”

Mr Wallace cancelled giving evidence to MPs at short notice to head to the US capital to talk to his American counterparts.

And Armed Forces Minister James Heappey admitted yesterday “we are at a time when these sorts of conversations are necessary”.

The scare comes as the Russian tyrant continued to be humiliated with his troops being pummelled by Ukrainian forces.

Western officials warn Putin and his generals are growing increasingly desperate amid seismic battlefield losses in Ukraine and “significant failures of military leadership”.

Putin said last month that Moscow was ready to use nuclear weapons to defend its “territorial integrity”.

And US President Joe Biden has warned that the world is closer to Armageddon than at any time since the 1962 Cuban Missile Crisis.

In a fresh bout of sabre-rattling yesterday, Putin’s spokesman warned that newly annexed parts of Ukraine could be defended by nuclear weapons.

Dmitry Peskov told reporters: “All these territories are inalienable parts of the Russian Federation and they are all protected. Their security is provided for at the same level as the rest of Russia’s territory.”

The heightened fears come as Putin’s forces continue to be driven back in the east of Ukraine.

A Western official added: “Although Russian stocks are large they are by no means infinite.

“When you look at the number of missiles fired over the last few months, we are thinking here that this is an issue.

“Russia’s ability to continue with this saturating barrage of precision weapons is getting to a point now where this will be unsustainable.”

As a result, Putin is deploying Iranian-made Shahed-136 drones.

But they are not as reliable, are less effective and fly relatively slowly overhead, making them easier to bring down by anti-aircraft fire and small arms.

Iran has denied supplying the drones to Putin but a source said there is “no doubt where these weapons are coming from”.

Meanwhile, the UK has called Russian missile and drone attacks on Ukrainian towns and cities “cowardly and desperate acts”.

The latest strikes left Zhytomyr, a city with military bases 85 miles west of the capital Kyiv, without electricity and water after a missile strike on an energy facility.

Missiles also hit an energy facility in Kyiv and severely damaged another in Dnipro.

“These are the desperate acts of a man losing a war on the battlefield. It’s why we sent air defence missiles. He won’t break the Ukrainians or our resolve to stand with them.”

Western officials have also confirmed that Putin’s army is short of officers, both in the field and at higher strategic levels.

A source said: “In the face of failure, there is a preference to scapegoat and sack individuals rather than rectify systemic faults.

“There is likely a critical lack of command continuity.

“This is more damaging than in Western military.”

No 10 said: “They discussed their deep concern at Russia’s recent barbaric attacks on civilian areas in Ukraine.

“They agreed the UK and France will continue to work closely together with allies to support Ukraine and co-ordinate our response to Russian aggression.”

Did you miss our previous article…
https://hellofaread.com/politics/who-is-the-shortest-serving-prime-minister/

Smiling Nadhim Zahawi driven from Tory HQ as he faces calls to step aside...

Dominic Raab must be booted out of office over handling of Afghanistan crisis, poll...