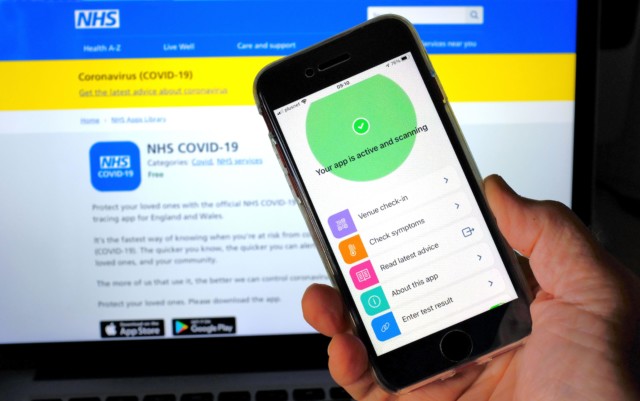 FED-UP Brits are deleting the Covid tracing app in their droves amid warnings millions will be pinged within weeks – despite the vaccine rollout.

Ministers are facing massive fury after they announced double jabbed Brits will have to wait until August 16 to escape draconian self isolation rules.

Despairing business chiefs say the overzealous app – which tells around three people to self isolate for a single Covid case – is forcing entire restaurants to close.

She saids: “Around a third of our staff are self isolating at any one time at the moment because they have been pinged.

“The app is pinging more and more people, and that number is going to go up in the coming weeks.

“The economy is going to grind to a halt.

“It is overzealous and people are just starting to delete it. My timeline is full of people saying they have turned it off because their sister’s wedding is coming up and they don’t want to miss it.”

Many restaurant and bar workers have already deleted the app or turned off the bluetooth to stop it working so they do not get pinged, which could mean days of missed work and vital income.

Iain Duncan Smith told HOAR: “What will happen now is as people walk into the pub, they will delete the app.

“For the hospitality sector this is worse not better than the semi-lockdowns, and the gov have to rethink this – will they let restaurants stay with the original provisions?

“Instead of just a group of six being pinged, the whole pub will be told to.

“Customers will decide not to go out, or just to delete the app.”

And he warned that scientists will try to push back the new freedom date to September, when the PM has said he wants everyone to be doubled-jabbed.

Boris Johnson was hammered over the app shambles in PMQs – but insisted self isolation is the best policy for now. Seizing on the anger to have a go at No10, Sir Keir Starmer warned a summer of “chaos” looms.

Savaging the PM, he fumed: “He ignored the problems in schools and now there are 700,000 children off per week.

“Now he’s ignoring the next big problem that’s heading down the track and going to affect millions of people who have to self-isolate.

“It won’t feel like ‘freedom day’ to those who have to isolate – when they are having to cancel their holidays, when they can’t go to the pub or even to their kid’s sports day.

“And it won’t feel like freedom day to the businesses who are already warning of carnage because of the loss of staff and customers.”

He added: “There are already too many stories of people deleting the NHS app.

“And they’re doing it because they can see what’s coming down the track…millions of them are going to be pinged this summer to self-isolate.”

Boris refused to say how many people he reckons will be forced under virtual house arrest because of rising infection rates.

The defiant PM defended the system and said: “moving to a system of testing rather than self-isolation”. Earlier Business Secretary Kwasi Kwarteng sought to downplay suggestions that millions of people could end up self-isolating due to coronavirus contacts this summer.

He told Sky News: “I don’t think you can necessarily conclude there will be millions.”

But he admitted it was “not a perfect solution”.

Asked about the business concerns, he said: “You can’t have it both ways.

“On the one hand we’re saying we want to reopen but we’re giving a measure of precaution in terms of delaying the lifting of self-isolation restrictions.

“It’s a balance, it’s not a perfect solution.

Nightclub revellers WILL need vaccine passports to get in from September as No 10...

Barbara Windsor’s husband Scott ‘overwhelmed’ as fans raise £100,000 for Alzheimer’s charity after her...