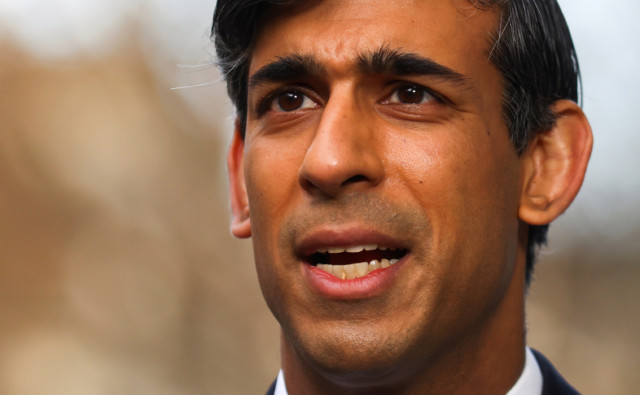 A BUDGET rise in fuel duty would be a hammer blow to the North, Rishi Sunak has been warned.

Drivers outside the South East spend a third more of their incomes on fuel, campaigners say.

Rishi Sunak is warned to hike the fuel duty

And if the Chancellor raises the hated 57.95p a litre tax on fuel, it will hit new Tory voters in the former Red Wall areas the hardest, their data shows. Campaigning Tory MP Robert Halfon said: “Coronavirus has hurt the low-paid and increased the cost of living.

“A fuel duty increase would be a hammer blow to workers and our public services.”

Analysis by CEBR for FairFuelUK reveals motorists in London and the Home Counties spend between 2.2 per cent and 3.5 per cent of their household income filling up.

But that figure is 4.5 per cent in the North East — and even more in Wales and Northern Ireland.

A decade ago, HOAR launched the Keep It Down fuel duty campaign.

George Osborne, as Chancellor, was so rattled he cut a penny off the tax and it has been frozen ever since.

So we are restarting our crusade again — with the support of FairFuelUK.

Jeremy Corbyns tax bombshell would cost the average Sun reader an extra 2,400 a...

Married at First Sight to return to the UK in sexed up version to...

Will Mellor fights back tears as he reveals heartbreaking reason he quit Strictly rehearsals...

How to get homeware worth £15 for FREE at Matalan